HomePOLITICSI don't know if it's Nigeria that is paying for Buhari's treatment...
POLITICSTHE NATION 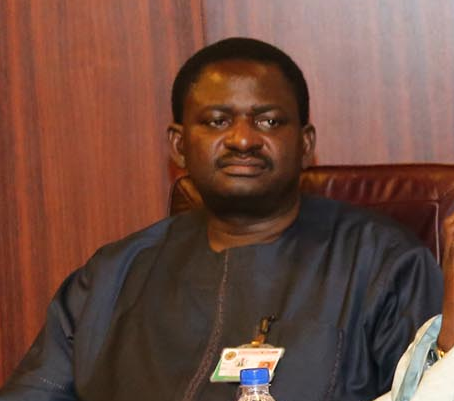 Femi Adesina, special adviser to President Muhammadu Buhari on media and publicity, says he is not sure if it is the federal government that is responsible for the medical bill of his principal.

Buhari has been receiving medical attention in London for the past 99 days and the issue of the cost has generated heated controversy between his supporters and opponents.

When he appeared on Politics Today, a programme on Channels Television, on Monday, Seun Okinbaloye, anchor of the programme, asked Adesina, “Who is paying for the president’s treatment?”

“Does it matter at this point?” The presidential spokesman asked, to which Okinbaloye fired back: “We need to know, he is our president. He is a public official. This shouldn’t be shrouded in secrecy.”

Then Adesina said: “I do not know who is paying, but as a president, he has a right  to be treated by the country.”

“Nigeria is taking care of the bill?” Okinbaloye asked, and Adesina responded, “Most likely. I don not know for sure.”

The presidential spokesman also discussed his experience with his principal at the Abuja House in London.

Adesina was in the delegation that met Buhari during the weekend.

“But like I said in the statement we issued, he will come when his doctors say ‘it’s time to go home’.

Dismissing the position that Buhari has not returned to the country because he is too frail to travel, Adesina said: “We can’t depend on the word out there, but I can depend on what I saw with my eyes. I saw the president and I know that he has recovered considerably.

“Once the doctors certify him, he will surely come back…  If you know the president, at the peak of his performance when he just assumed the presidency and went to different parts of the world, you will know that he is a man of tremendous energy and tremendous ability.

“If a man was heal and he has mended, that means he can do what he used to and even more.”