“I Have Been Receiving Death Threats” – EFCC Chairman 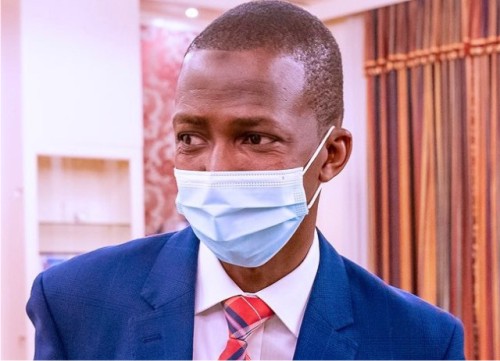 The Chairman of Economic and Financial Crimes Commission (EFCC), Abdulrasheed Bawa has cried out to anyone that cares to know that his life is in danger.

Bawa, in an interview with Channels TV Tuesday said; less than five (5) months he assumed the position of the chairman of the EFCC, said he has been receiving death threats from some elite Nigerians.

He said; “Last week, I was in New York, as all Nigerians are aware of. A very senior citizen received a phone call from somebody that is not even under investigation.”

“What the caller said to him on the phone is that; he is going to kill the EFCC chairman, the young man.”

“I have been receiving death threats.”

Bawa, 40years old was appointed by President Muhammadu Buhari in February 2021 as the new EFCC Chairman.

He replaced the embattled Ibrahim Magu who was the acting Chairman of the Commission.