I talk less, do more – Tinubu fires back at PDP 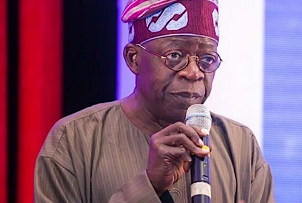 The presidential candidate of the All Progressives Congress, (APC), Bola Ahmed Tinubu has revealed one of his key factors that had kept him moving forward.

ALSO READ: PDP crisis: I have what it takes to flog, crush ‘small boys’ – Gov. Wike

Tinubu stated that he does not engage in talks but works more.

In a tweet, the APC presidential candidate likened himself to an eagle that flies higher than a parrot.

He tweeted: “I talk less, think more and do more. I am more of an eagle than a parrot. That is why I fly higher.”

Tinubu’s tweet is coming when the Peoples Democratic Party, PDP, said Tinubu was intimidated by the achievements of its presidential candidate, Atiku Abubakar.

Describing APC as a dead party, Ologunagba said PDP is united and focused on its mission of rescuing Nigeria.

Ologunagba said Nigerians are appalled by yet another attempt by Tinubu, to divert attention from the main issues of the failures of the APC government by making derogatory remarks about the PDP.

Responding, Tinubu has expressed surprise that the PDP still exists as a political party.

He said looking at how the party was in its 16 years of ruling the country, he could not see a rail infrastructure that could do haulage, human and animal husbandry, food carriage from the South-West to the North.