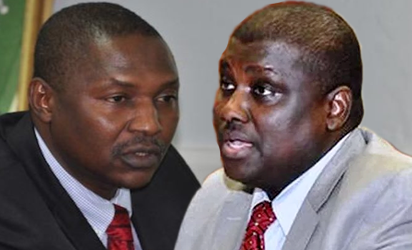 ABUJA—emboldened by the fact that he breached no laws in the reinstatement of wanted ex-Chairman of the Presidential Task Force on Pension Reforms, Abdulrasheed Maina, Attorney General of the Federation and Minister of Justice, Abubakar Malami, has rejected the idea of a secret probe by the Senate.

Malami, who is being alleged by the Head of Service and the Federal Civil Service Commission of having prompted series of memoranda to effect the recall of the wanted former pension task force chairman, is billed to appear before the Senate tomorrow to explain his role on the controversial reinstatement, which has angered Presidential Muhammadu Buhari.

Malami in an interview, last night, disclosed that he was keen on being tried openly by the Senate, having been ‘tried and condemned in the public’ over the Maina case.