The Governor of Cross River State, Ben Ayade has said he won’t respond to a statement credited to his Rivers State counterpart, Governor Nyesom Wike, calling him a loyal boy of President Muhammadu Buhari, a commissioner in the state has said.

Governor Wike had allegedly at the weekend described Ayade as “a small boy licking the boot of President Muhammadu Buhari to curry favours.”

In a national television broadcast, Governor Wike had tongue-lashed Ayade and the federal government which had advised him to collect his state’s allocation of rice for palliatives in respect of the COVID-19 pandemic from Cross River State Rice and Seedlings Factory.

While reacting, the Commissioner for Information, Comrade Asu Okang, said the governor will not be intimidated, adding that his patience, quietness and civility should never be taken for granted by Governor Wike or any other group or political party.

Governor Ayade will not waste time and resources to respond to all that his colleague had said, maintaining that both are mutual friends and have ways to speak to themselves. He said. 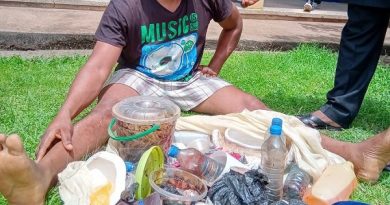