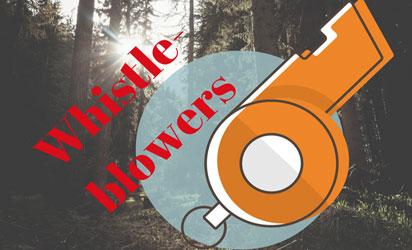 the drama and surprises that trailed the discovery of $43.5 million, £27,800 and N23.2 million at No. 16 Osborne Road, in Lagos, has taken a new twist with the whistle-blower dismissing the claims by the Economic and Financial Crimes Commission, EFCC, that he had gone mad.

it could be recalled that recently the EFCC alleged the man of being mentally unstable to manage the huge sum that was meant for him.

however, the man said he has been only disturbed by the failure of the anti-graft agency to pay him the reward for exposing the loot in accordance with the whistle-blowing policy of the Federal Government.

This is a direct contrast of what the EFCC boss Ibrahim Magu said to his audience in Vienna that the whistle blower has been giving his compensation.

it was also reported that the said man has been in and out of psychiatric hospitals for the past few months, an allegation discarded by the man’s lawyer.