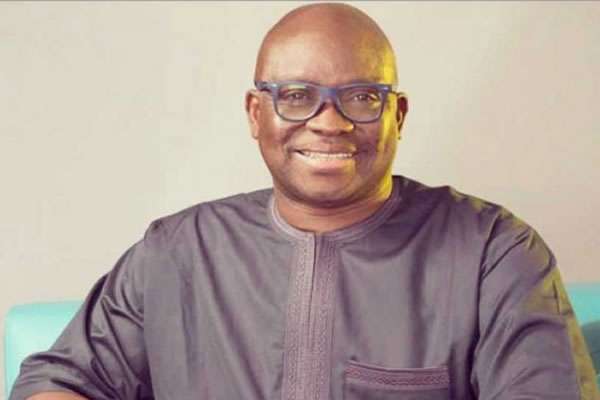 The executive governor of Ekiti state, Ayodele Fayose,says he’s confident that the Peoples Democratic Power will take power back from the All Progressives Congress in 2019.

Speaking at the national convention of the PDP in Abuja on Saturday, Fayose said he can already see himself in Aso Rock while urging party faithful to congratulate themselves in advance.

Fayose, who is the chairman of the PDP governors’ forum, also said officials of the current administration are out of their depths.

“Nigerians have entered one chance in this government. But we can assure you that the APC has entered one term and they have to go,” he said.

“The PDP is now a religion, a belief that we are going back to our villa. God will be with us. Those people there, at Aso Rock, they don’t know what they are doing.

“Out of that one chance, we will give you plenty chances. We make mistakes but our ability to correct them if what is important. It is time to arise and shine.

“Shake the persons next to you and tell him or her congratulations for 2019. I don’t know about you but as for me, I am in Aso Rock already.