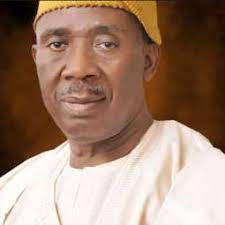 The Senator, representing East Senatorial District Osun,Senator Francis Fadahunsi, has disclosed that some Senators of the ruling All Progressives Congress (APC) were part of those making moves to impeach President Buhari from office.

The lawmaker said the opposition lawmakers who staged a walkout following the Senate President, Lawan’s unwillingness to entertain the motion raised by the Minority leader, Senator Philip Aduda on Wednesday, was to show Nigerians that it would not be business as usual and the President should either end the attacks or risk being impeached.

He spoke while interacting with newsmen in Abuja at the backdrop of Wednesday’s protest of opposition Senators over terrorists’ endless attacks in the country.

The lawmaker insisted that the opposition Senators have the required number, revealing that some APC Senators who felt concerned for the plight of citizens have assured them of cooperation.

Fadahunsi confirmed to journalists that the six weeks ultimatum was sacrosanct, maintaining that it was up to President Buhari to end killings in Nigeria.

According to him, they would be working behind the scene while on a long vacation, believing that they will continue to carry along APC Senators who are on the same page with them.

The lawmaker in the upper legislative Chamber recalled how he raised the issue of impeaching President Buhari from office two years ago but lamented that nobody took him seriously.

The Senator also said: “Remember I moved this motion 2 years ago that this President could offer nothing and that he should step aside.

“But the APC then, floating in the Atlantic Ocean didn’t understand what I was saying. Now that the dangerous Atlantic Ocean is sweeping them and they have overtaken even Abuja, they are gradually seeing reasons.

“We decided at a close door session that an impeachment notice should be passed on him, but because somebody is still busy trying to protect his job, it was not possible.

“By the time we come back, that is, if all of us will come back; that is if some of us are not inflicted by the insecurity; we would all come together, regardless of our political affiliations and ask that he should go”, he said.

Recall that midway into Wednesday’s plenary the Senate Minority leader, Senator Philip Aduda in a point of order attempted to raise security concerns but was ruled out of order by the Senate President, Dr Ahmad Ibrahim Lawan.

The opposition Senators who felt aggrieved staged a walkout, saying that the Senate President didn’t allow issues that were discussed at a closed-door meeting earlier before the plenary.