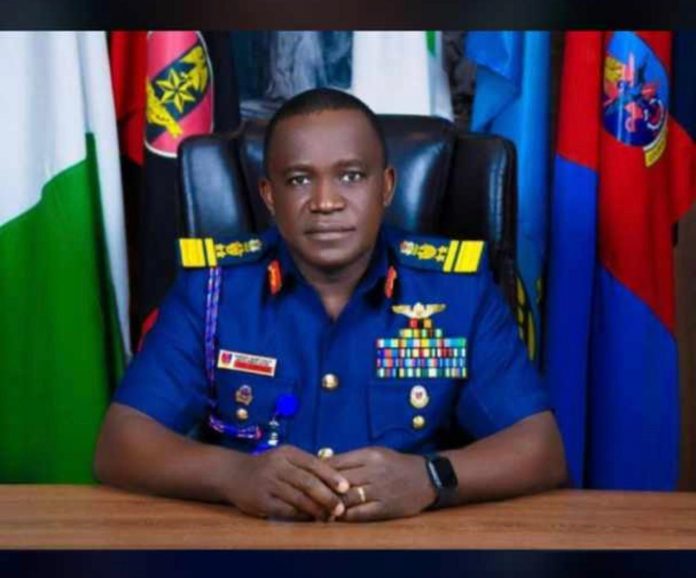 The Chief of Air Staff, Air Marshal Isiaka Amao, has revealed that the Nigerian Air Force (NAF) has trained 171 special forces operatives to be deployed in troubled areas across the country to help to combat insecurity, including insurgency, banditry, kidnapping and other crimes.

He informed that his vision when he assumed office as the Chief of Air Staff was to enhance and sustain critical airpower capabilities required for joint force employment in pursuit of national security imperatives.

According to him, one of the key drivers of the vision was purposeful training and human capacity development

“Accordingly, we have sustained the drive to ensure that our personnel are well trained both at home and overseas.

“In line with this, today 171 special operatives shall be graduating. These personnel will subsequently be deployed to our various theatres for force protection, personnel recovery and other direct-action tasks as required for the projection of airpower as required by operational exigencies,” the NAF boss said.

While saying that NAF bases and air assets have been targets of attacks from insurgents following successes recorded by its personnel in the fight against insurgency, banditry and other crimes, Amao declared that, that would not undermine its efforts to fight the enemy.

He added that NAF’s successes in neutralising insurgents and bandits’ capabilities have resulted in greatly degrading their operational capacity.

He said, “our successes in shaping the battle space and neutralising adversary capabilities have resulted in greatly degrading operational capacity of bandits and insurgents in different operational theatres.

“Indeed, our ability to respond immediately have been key to quelling various hostile attacks on the civil populace. Accordingly, our ability to conduct air operations without hostile inference provides a foundation for our successes.

“Our successes, however, have rendered our bases, personnel and other air assets as significant targets for insurgents’ attacks.”

He added that to sustain the tempo, “NAF requires well trained and motivated special forces to adequately protect its assets while carrying out other tasks in line with our operational exigencies”.

Such special operations, Amao declared, were critical, given the asymmetric security threats Nigeria was battling with today, saying that the threats required the armed forces’, including NAF, interventions.

He urged the graduating students of Special Forces Course 9/2021 to exhibit what they learnt during the course whenever and wherever duty calls.

“This call will require you to exhibit courage, commitment and loyalty in the discharge of your duties.

“Once deployed, you are implored to treat the local populace with utmost respect as your task is to protect them from hostile threat.

Earliee in his welcome address, the Air Officer Commanding, Ground Training Command, Air Vice Marshal Frank Oparah, informed that a total of 342 NAF personnel were screened for the Special Forces Course 9, 2021 (SF9/2021), but only 197 were picked to start the course.

He added that at the end of the training, only 171 personnel comprising three officers, 167 airmen and one airwoman graduated, which he said was a success rate of about 48 per cent.

Oparah said that special forces operations were characterised by speed, precision and destabilising shock effects and perseverance, saying these required forces specially selected to ensure the attainment of desired results.

“These types of operations are even more important now considering that present threats to our national security are from non-state actors waging terrorist and insurgent campaigns against the government of the Federal Republic of Nigeria.

“As such these newly bred operatives would be employed as part of our offensive to ensure normalcy and calm are restored to restive communities within Nigeria,” Oparah said.