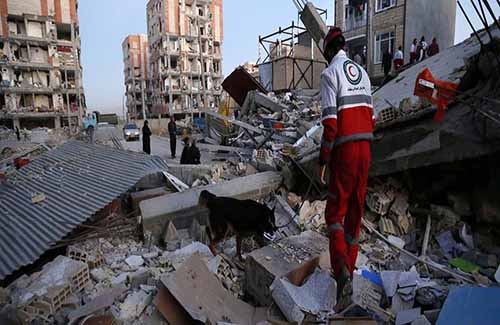 Death toll of the just happened Iran- Iraq earthquake has climbed to 400 people.

Rescuers dug with their bare hands yesterday through the debris of buildings brought down by the quake in the once-contested mountainous border region, with nearly all of the victims in an area rebuilt since the end of the ruinous 1980s war, about 19 miles (31 kilometers) outside the eastern Iraqi city of Halabja, according to the most recent measurements from the United States Geological Survey.

The number of dead came from the provincial forensic department based on death certificates issued. Some reports said authorities warned that unauthorized burials without certification could mean the death toll was higher.