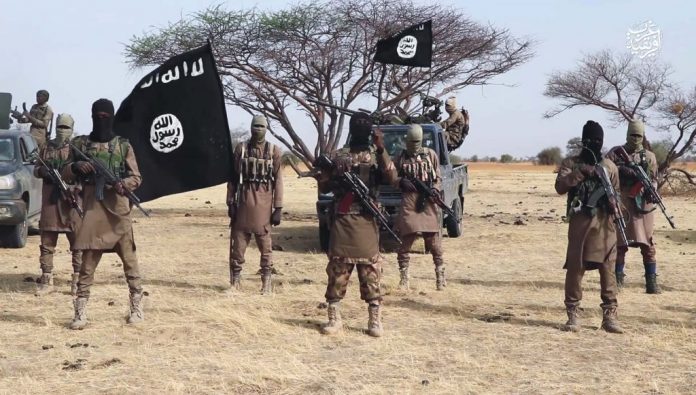 No fewer than four high tension towers that supply electricity from Damaturu to Maiduguri in Borno State were blown off again by suspected members of Islamic State in West Africa Province (ISWAP) fighters last night.

The incident happened in Garin Kuturu village, which is about two kilometers away from Auno.

According to the report, the dastardly act started precisely around 7 pm and lasted up to 10 pm.

An eyewitness said four towers are already on the ground while the fifth one is about to fall down.

Residents have described the development as a pity that hope is not in sight even after about 10 months of lack of electricity supply in the city of Maiduguri.

“With this development, I don’t think Maiduguri will have light again soon. While the government is talking about restoring the lines I think it is time they started talking about solar since we have it in abundance and forget about trying to reconnect the state with the national grid,” Dauda Habu, a resident of Polo GRA told DAILY POST in Maiduguri.