HomePOLITICS"It is an insult on Nigerians to say we came into power...
POLITICSTHE NATION

“It is an insult on Nigerians to say we came into power by deceiving them” APC spokesperson, Bolaji Abdullahi replies GEJ | Trait News 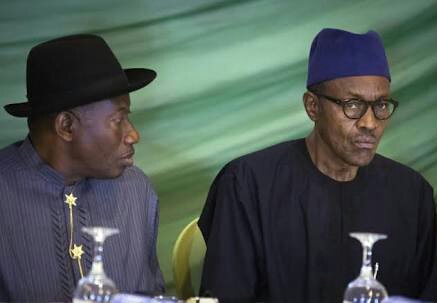 Spokesman of the All Progressives Congress (APC), Bolaji Abdullahi, has reacted to the statement made by former President Goodluck Jonathan that the ruling party runs a government of lies and propaganda.

Recall that the former president while receiving one of the chairmanship aspirants of the Peoples Democratic Party (PDP), Prof Tunde Adeniran at his private residence in Abuja on Thursday, said that the PDP did well for the country when it was in power for 16 years but that the APC has failed the country as it is a government of lies and hi-tech propaganda.

Reacting to Jonathan’s comment, Abdullahi who served as a Minister during Jonathan’s government said

“I doubt that President Jonathan actually said these words you have reported because he would be exposing himself to reactions that would not be edifying of his status as a statesman by so doing.

Secondly, I know the former President to be of even temperament. Only a few days ago, I read that he was counseling his party on the choice of Chairman and Publicity Secretary. Statements like these wouldn’t represent an example of the kind of attitude he was canvassing. But if he truly said that, I would say with due respect that he may need to commission a more dispassionate study of how and why APC won the 2015 Presidential election. To say that APC won the election simply by deceiving the people would be too simplistic and may even be interpreted as an insult to the millions of Nigerians that voted the APC into power” he said.