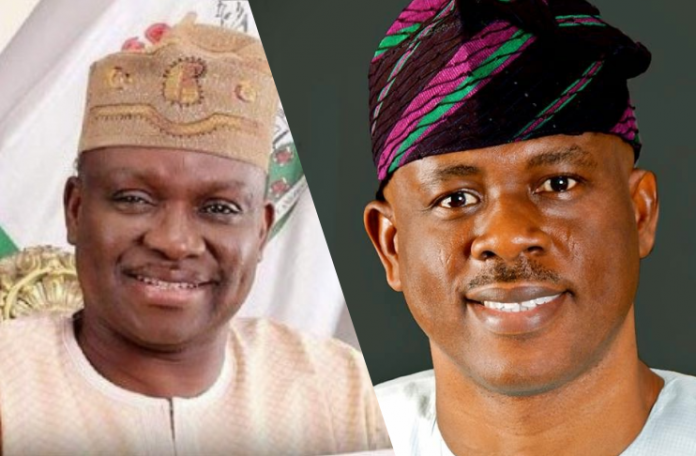 Following the ongoing trial of a former Governor of Ekiti State, Ayodele Fayose, over an alleged N2.2 billion fraud charge preferred against him by the EFCC  with Musiliu Obanikoro, a former Minister of State for Defence as a prosecution witness says it is painful giving evidence against Fayose.

Fayose and his company, Spotless Investment Limited were arraigned on October 22, 2018, on an 11-count charge bordering on fraud and money laundering to the tune of over N2.2 billion. He is facing trial in connection with the sums of N1.299 billion and $5.3 million out of the N4.65 billion slush funds allegedly shared by the Office of the National Security Adviser, ONSA, under then NSA, Col. Sambo Dasuki (retd).

Obanikoro said he was testifying against Fayose “reluctantly”, adding that they enjoyed a good relationship while they were both members of PDP.

He said: “I am giving this evidence reluctantly. It’s very painful for me to give evidence against him.” He, however, told the court that despite testifying against Fayose, he would not want their relationship destroyed. “I am trying to restrain myself from saying things that will further damage our relationship,” he added.

When he was asked if he knew the source of the money he was giving to Fayose, he answered in the negative, saying, “I did not know the source of this money because the NSA did not tell me.”

At the last proceeding, Obanikoro had narrated how he gave Fayose $5 million in cash from the imprest account of ONSA. While being cross-examined by counsel for the first defendant, Kanu Agabi, SAN, testifying as the fifth prosecution said he was in the custody of the EFCC when he made his first statement. When asked if he was a suspect under investigation when he made his statement, he answered in the affirmative, adding that “I spent 21 days in the EFCC custody”.

“I made my statement in respect of what transpired then, I said the truth and nothing but the truth,” he added. He, however, said he could not recall the number of statements he made to the EFCC. Justice Olatoregun adjourned the case to February 5, 2019, for continuation of cross- examination.