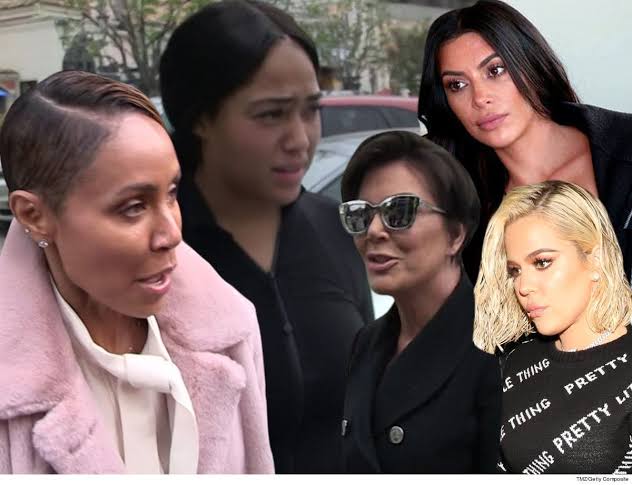 American actress, Jada Pinkett Smith has appeared to have taken a side in the Jordyn Woods/Khloé Kardashian/Tristan Thompson cheating scandal.

Recall, after reports surfaced that Khloe Kardashian broke up with her baby daddy, Tristan after he allegedly had an affair with the Kylie Jenner’s best friend, Woods appeared on Smith’s Red Table Talk and denied hooking up with the basketball star, but confessed that she shared a kiss with him.

Woods revealed her story to Jada because the Smiths are like family to her.

Now it has been discovered that Will Smith‘s wife Jada Pinkett unfollowed her longtime and close pal, Kris Jenner as well as her daughters Khloe and Kim Kardashian West on Instagram on Friday, reportedly in support of Jordyn who is close to her family.

However, the actress is still following Kylieand Kendall Jenner.