HomeBUSINESSJeff Bezos earns $4 billion in a Day as He Retires from...
BUSINESSNEWSPOLITICSWORLD 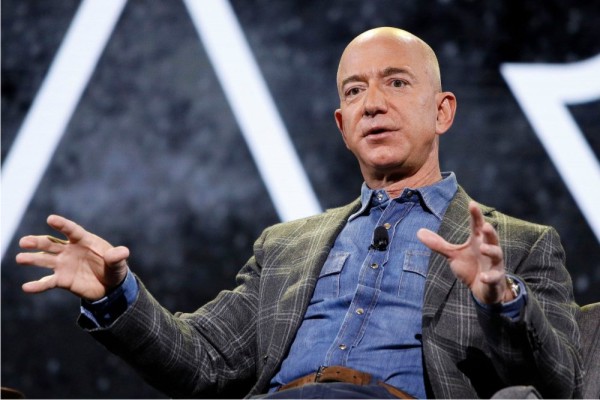 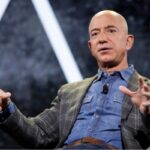 The world’s richest man and Amazon founder, Jeff Bezos has increased his wealth by $4 billion after he officially resigned his position as the Chief Executive Officer (CEO) of Amazon, the world’s biggest e-commerce company.

As of report time, Amazon Owner had a net worth of $203 billion — enough money to buy 113 million troy ounces of gold or 2.61 billion barrels of crude oil.

The 57-year-old entrepreneur makes much more money every second than the average American makes in a week.

The tech billionaire’s cash at the bank is estimated to be worth $13.4 billion with most of his wealth tied to his stake in the world’s biggest online retailer.

Amazon had announced in February that Bezos would step down this year and assume the mantle of executive chairman of the e-commerce giant’s board.

After holding the position of CEO for 27 years, Bezos is handing over the daily running of his $1.77 trillion company to his close confidant and former CEO of Amazon Web Services, Andy Jassy.

Jassy has been an instrumental figure at the Seattle-based company managing the cloud-computing business division that powers leading web portals like Netflix and many other companies, making it one of Amazon’s most profitable sectors.

Amazon Web Services, the astoundingly successful cloud computing service, didn’t really have much to do with Amazon’s core business: e-commerce.

But Bezos supported the idea, giving his trusted employee Andy Jassy the freedom, and capital, to go about creating a company within a company.

Bezos views Jassy as an entrepreneur, not just a manager — a key part of why he will take over as Bezos’ successor.

Bezos, who is Amazon’s biggest shareholder with a stake estimated to be valued at about $180 billion will however retain a crucial role as the executive chair of the organisation. He will not be a part of the daily management and will spend more time on other projects such as the Bezos Earth Fund, his Blue Origin spaceship company, The Washington Post, and the Amazon Day 1 Fund.

Amazon is popularly known for its online bookstore and has also become an online shopping juggernaut with an entertainment empire in its ranks. Little wonder it is the second-largest private employer in the U.S., behind Walmart, with a US workforce of more than eight hundred thousand people.

Amazon employees testify to Bezos’ customer obsession. For Bezos, profit was a long-term aspiration. For a company to be successful, it had to have happy customers — at almost any cost.