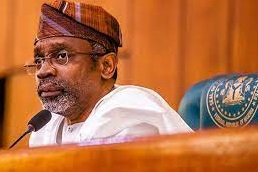 The Speaker of the House of Representatives, Femi Gbajabiamila, has said the Electoral Bill Act (Amendment) will be re-introduced into the house, reworked and passed on Wednesday.

Gbajabiamila, in his opening address as the National Assembly returned from break on Tuesday, restated the benefits of restricting political parties to direct primary while criticising the parties for lacking comprehensive membership registers.

According to him, a strict direct primary option would have forced the parties to have a documented register.

The Speaker noted that the general elections in 2023 are fast approaching, hence the need for the lawmakers to fast track work on the electoral bill reforms.

He also noted that the parliament has the option of either overriding the veto of the President, Major General Muhammadu Buhari (retd.), or amending the bill based on the President’s observations.

He partly said, “Unfortunately, that bill did not receive presidential assent and it is unlikely that it will in its current form. Now, we have to choose between sticking to our guns regarding the provision to mandate direct primary for political parties or reworking that provision to save the rest of the bill.

“I remain convinced that the proposal for direct primary is valuable for building accountability in our political system but we must not allow the perfect to be the enemy of the good. Therefore, the House will reintroduce the amendment tomorrow and we will work quickly to address the mitigating concerns, pass the bill and send it back to His Excellency, President Muhammadu Buhari, for assent.”

Gbajabiamila also denounce the errors said to have been discovered in the electoral bill, noting that the version transmitted to the President was different from the one being scrutinized by the public.