HomeTHE NATIONKechi Okwuchi, Victor Moses and the Wickedness of Nigeria by Obasi Agbai
THE NATION

Kechi Okwuchi, Victor Moses and the Wickedness of Nigeria by Obasi Agbai 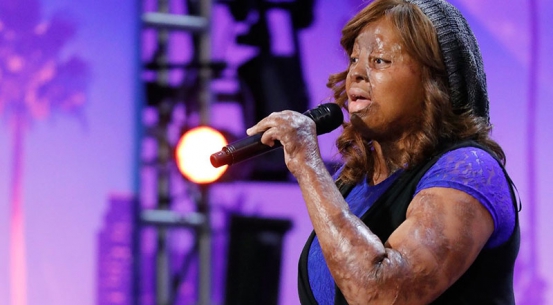 Yester night after watching Kechi okwuchi’s beautiful rendition of Katy Perry’s by the grace of God on America’s got talent on YouTube, thoughts swelled in my head. Deluge of memories. I began to reflect on some of the atrocities and inhuman exposures that average Nigerians like you and I are vulnerable to on daily basis, the disregard and indiscriminate impunity that our government subjugates us to; dangers lurking at every turn.

In case you have forgotten, Kechi Okwuchi was among the 2 survivors of the 109 passengers that were killed in the sosoliso plane crash that happened 12 years ago in Port Harcourt, Rivers State. The crash which took the lives of 60 secondary school children (Kechi’s classmates) and the popular wave-making televangelist, Pastor Bimbo Odukoya amongst others, dropped the nation’s jaw for months.

As Kechi came out with her charred ridden body to perform, tears filled my eyes. Even though her first performance on Ed Sherran’s thinking out loud had already won me over, the Saturday’s own was something else, something glorious! She came out smoking! Never played victim or curried for sympathy from the judges and spectators. As soon as she opened her mouth the world froze, (Christians call it anointing) and eventually she qualified for the semi- final. Kechi moved me and I’m not an easy man to be moved.

As she sang, one of the thoughts that glued in my head was “would the world have witnessed this special gift of God if this young lady never survived that crash? She was among the two that survived and the world is this entertained, what would have happened if all her classmates and the other passengers had survived?” It dawned on me that in exclusion of Kechi and pastor Odukoya, that in that plane there were prospective great engineers, writers, lawyers, doctors, teachers and politicians whose wonders the world will never get to know. It also got me thinking about the millions of potential lives that have been wasted and still wasting on the Nigerian soil on minute basis. I can’t count the number of my friends whom I felt were going somewhere in life but lost their lives due to one societal negligence or the other. Nigeria is a land of waste and I mean that without any iota of hyperbole; Waste of systems, waste of government, waste of resources and waste of humans. Whenever someone approach me and tell me he or she wants to do one great thing or the other, especially those that relates to science, I usually hold them by their biceps, peer into their eyes and say “very well then, leave Nigeria”. Nigeria is a dream killer. Nigeria is a brain drainer, Nigeria is evil. Nigeria is wicked!

I read a story of Bennet Omalu the Nigerian genius and renowned neuropathologist who made the great discovery of psychopathic concussion that revolutionalised the American craze-teeming sport ‘super bowl’ and wondered if Hollywood would have made a movie about him if he had remained in Nigeria wallowing in equipment-atrophied hospitals. No serious researcher should be in Nigeria. If you do, you will watch your God-given gifts plunged into the state of unknown.

As we watch the super eagles thrashing the Cameroonian lions in a friend’s house, I couldn’t help but notice the excitement that thrilled the voices of my fellow spectators as they eulogized their favourite players, especially my blues’ brother, victor Moses. His name was on the air till the game was over. Once again my thoughts wandered off. I asked myself whom among these spectators are aware that victor Moses lost his Christian missionary parents in Kaduna at a tender age of 11 in 2002 during a sharia surge by the Kaduna Muslims. According to the story, on one fateful Saturday morning as Moses went out to play football, some Muslim mobs raided his home and killed everybody on sight. Please note that Moses survived because he wasn’t around when the mob came. However, through the help of his uncle, he applied for asylum in the UK and relocated there the following year and the rest they say, is history.

Do you agree with me that some of those mobs that killed victor Moses parents cheered him as he displayed his skills during the Angola and Cameroon matches, respectively? I’m sure they are not aware that it was the kid of the people they killed some time ago in 2002. Sometimes I wonder what elements give Victor Moses the sense of patriotism that drives his services for Nigeria. Trust me a whole lot of people would have deranged into one terrorist or some other societal nightmare considering the fact that 80% of the entire world terrorists share victor Moses background; Google it.

All that Nigerian government does is to claim celebrities not make them. The same way they are now cheering and claiming Kechi Okwuchi whom they nearly killed through a plane crash as result of administrative failure is also the same way they are cheering and claiming the new boxing wunder-kid Joshua whom they allowed to be wasting away on Nigerian soil. It was the same way they victimized Wole Soyinka by giving him third class, underrated Fela Kuti and marginalized Chief Osita Osadebe, Osankwa by depriving him of national honours!

Sometimes I feel like giving up on Nigeria. In fact if it was possible I guess I would have done so by now. Nothing works. Absolutely nothing! Year in year out same old stories, same old lies and same old rhetoric. Boys were full of dreams during their undergraduate days only to come out to a brick wall of frustration, depression and neglect, yet people still go about their businesses like nothing ever happened. Tufiakwa!!!   Make no mistake, one day, just one day; this nation will boil except quick measures are taken. Did we do wrong by being born in Nigeria? So our only crime is that we are Africans, eh? Let them continue, just continue, the day of reckoning must surely come.

In our Assembly ground on one fateful Friday morning during my secondary days in National High school, Aba, one of our revered teachers Sir Ogburubi told us a tale that have stuck with me till today. In those days our school used to engage in riots amongst themselves. It was always between the SS3 students and the SS2 students, both jostling for power in the leadership of the school. We the juniors were always at the mercy of the two elephants. But the funny thing was that we enjoyed their enmity. You see anytime one of them strikes, the school usually dismisses and we all get to go home on time. But the problem is that these seniors don’t engage their selves as frequent as we wanted them to, so in a step to augment, we usually take matters into our own hands by frequently announcing a fake raid by one of them. All we needed to do was to shout “they have come, they have come o!!!” and the whole school will be on the run. So it was on this note that Sir Ogburubi told us this tale.

“In ancient times in the land of idunoba, a certain community was at the mercy of a deadly lion. From time to time the lion will invade their land and kill whoever that is on sight. This happened for so long until the lion at a point mysteriously stopped coming. For years the lion never came. But unfortunately the villagers developed an unbecoming attitude of making jest of the Lions coming against each other. The one that took it personal was the village drunk known as nkwocha. Nkwocha developed the habit of announcing the raiding of the lion in huge gatherings. All he needed to shout was; “it has come, it has come!” and the crowd will disperse into frenzy. The villagers warned him to stop but the fun of seeing people falling over each other in attempt to escape was the dream for him. So he continued. However, the more he shouted the more the effects weaned off from the people until it became ineffective.

However, on one fateful day as the villagers gathered again to transact their businesses, Nkwocha screamed on top of his voice, “it has come o, it has come o, the lion has come!” needless to say that the lion did come, but let me leave the rest to your imagination.