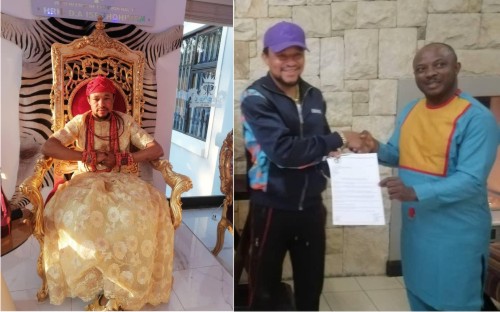 The committed spirit of the leadership of the National Association of Online Security Reporters, NAOSRE, to harmonize stakeholders’ engagement in the pursuit of a safer Africa, resonated on Tuesday in Johannesburg when His Royal Highness, King Iseghohimen Dennis {King Butrus} accepted to be a Patron of the Nigeria’s foremost online association.

King Butrus, who hails from Edo State is the Chief Executive Officer of NAS Autos. The philanthropist, whose foundation has placed most elderly people on salary and free health care within IBILE community in Nigeria, is happily married with children.

Handing his official letter of nomination to him at his Royal River Palace, Royce Road Bryanston, Johannesburg, the President of the association, Comrade Femi Oyewale, who is currently in South Africa on the first leg of a global media tour, remarked that King Butrus’ acceptance would position NAOSRE for its effective media campaign for a safer Nigeria and the entire Africa Continent.

Accepting the nomination, King Butrus gave assurance of his commitment to anything that would promote Nigeria as a destination of choice for investors adding that security is key in achieving that dream.

Ned Nwoko, a lawyer and business man is also its Patron.

However, the addition of King Butrus is expected to strengthen the association’s quality advisory enclave for its continental security and safety media campaigns.

The date for King Butrus’ investiture as NAOSRE Patron in Johannesburg will be announced soon in strict compliance with pandemic protocols.

King Butrus was a year older on Monday. He attracted dignitaries from far and near to the official commissioning of his Palace as well as his birthday celebrations. 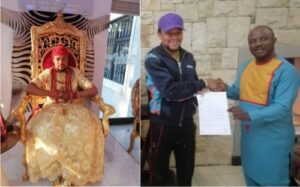 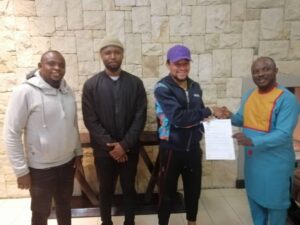