HomeWORLDEUROPEKoeman had to go, but Xavi might not solve Barcelona’s problems
WORLDEUROPENEWSSportENTERTAINMENTSPORTSUK

Koeman had to go, but Xavi might not solve Barcelona’s problems 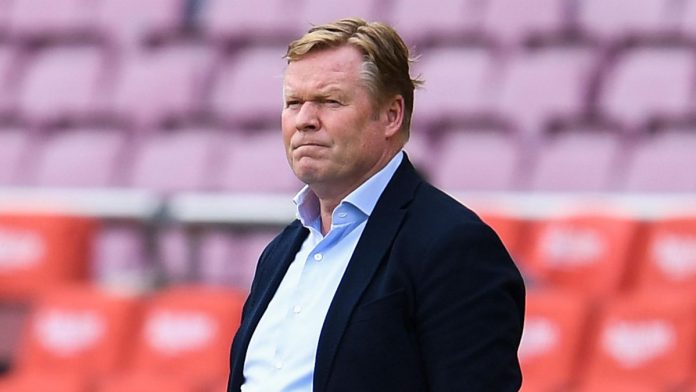 Congratulations to Koeman Out enthusiasts.

The Dutchman was eventually put out of his misery following an abject 1-0 defeat to Rayo Vallecano on Wednesday night.

It has been a long time coming.

Barca President, Joan Laporta, first considered sacking Ronald Koeman in the summer and reportedly told him he needed two weeks to find a new manager. In the end, due to a lack of credible alternatives, Laporta decided to stick with Koeman.

Since then, the Catalans have lost to Atletico Madrid, Real Madrid and Rayo in the league and sit in ninth place.

Long-term injuries to Ansu Fati, Ousmane Dembele, Philippe Coutinho and Sergio Aguero have hampered his team selections, while Barcelona have also had to cut down their wage bill to deal with their financial problems.

Messi’s exit felt like a surgery taking out Barcelona’s soul. Their very lifeblood.

Even Koeman said Messi disguised many of the team’s flaws and made players around him even better.

Because of a €1.4billion debt, the LaLiga club was forced into signing free agents Sergio Aguero, Memphis Depay and Eric Garcia.

Koeman had turned to youth. Ronald Araujo, Oscar Mingueza and Pedri all came through last season. This year, Alejandro Balde, Gavi, Nico Gonzalez and Yusuf Demir were all given chances.

If reports are to be believed, Laporta is on the phone to Xavi Hernandez, who has long been linked with the job.

But which of these issues can he address immediately?

The team might be brimming with talents and potentials, but Xavi will not have a genuine matchwinner in his squad, to pull them out of tight situations. And he will not have the money to add the required quality.

I won’t be shocked if Laporta waves the “we are now in transition” flag when Xavi is unveiled. But for how long will they watch on as the Madrid teams continue to dominate them in Spain?

Every club immediately turns to a former player when the going gets tough. But ask Chelsea, when they had to sack Frank Lampard, who is the club’s highest goalscorer ever. Ask Manchester United, who don’t know what to do with Ole Gunnar Solskjaer.