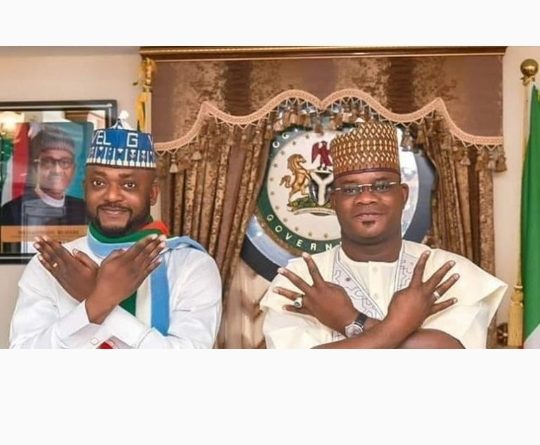 The Governor of Kogi State, Yahaya Bello has nominated Mr Edward Onoja as Deputy Governor of the State, few hours after Simon Achuba was impeached by the Kogi state house of assembly over an alleged gross misconduct.

Onoja’s nomination came two days after he resigned from his position as Govenor Yahaya Bello’s Chief of Staff.  Abdulkareem Jamiu was appointed to replace him.

It is expected that Onoja who is the most influential member of the governor’s cabinet will be sworn-in on Saturday October 19.

The 44-year-old indigene of Emonyoku Ogugu in Olamaboro local government area of Kogi state, had sought the ticket of the defunct All Nigeria Peoples Party (ANPP) for a house of assembly seat in 2011. He was also the chief strategist of “Yahaya Bello Campaign Organization” in 2015.

2019: Read what Oshiomhole said about Okorocha and Amosun