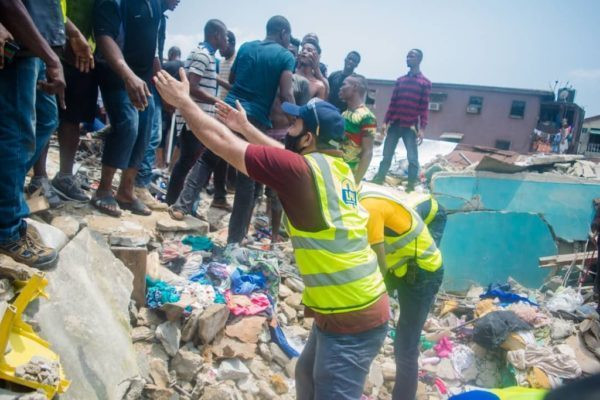 Lagos State Government has released the official figures of pupils and adult who died in Wednesday’s collapsed building in Lagos Island.

At a news conference at the Lagos Island General Hospital, Lagos, State Commissioner for Health, Dr. Jide Idris disclosed that 20 children and adults died in the collapsed building.

The commissioner also disclosed that 43 people were rescued alive and were receiving treatment.