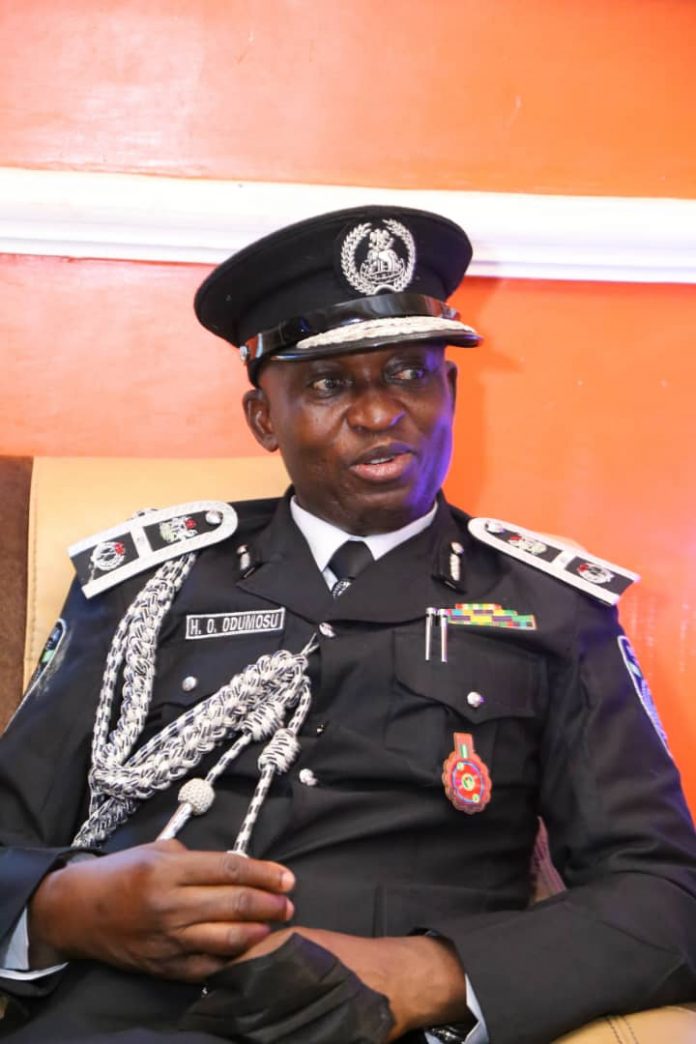 The Nigerian Police Force, Lagos Police Command structure on Saturday, January 22, 2022, converged at POWA Hall, Oduduwa Close, GRA, Ikeja to honour,  appreciate and celebrate one of their own, for the outstanding performance of the newly Assistant Inspector General of Police, AIG Hakeem Odumosu when he was the Lagos CP.

This was contained in a e-press statement issued and made available by National Association of Online Security Reporters (NAOSRE) to Trait News.

According to the report, the honour was held  simultaneously alongside the Command’s 2021 end of year get together.

Odumosu is the immediate past Lagos State Commissioner of Police.

He was promoted recently to the rank of AIG recently and decorated last Friday in Abuja by the Inspector General of Police, Alkali Usman Baba.

As Lagos Police boss, Odumosu successfully degraded crimes and criminalities in the state deploying the best of military intelligence and tactics with strict adherence to human rights as well as freedom of expression.

The event, witnessed by the National Association of Online Security Reporters, NAOSRE, had an impressive attendance. It provided the opportunity to reward hard work as the 2021 Best Commissioner of Police award was presented to Odumosu by the President, Police Officers’ Wives Association (POWA), Hajiya Hajjara Usman Alkali Baba.

He is billed to retire from the Police in few days.