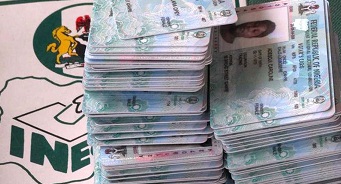 The Speaker of Lagos State House of Assembly, Hon. Mudashiru Obasa has appealed to residents to obtain their Permanent Voters’ Cards (PVCs).

Obasa gave this advice on Thursday at the 8th Annual Constituency Meeting organized simultaneously by the State lawmakers.

The Speaker said out of the figure, one million registrants are from Lagos, according to the Independent National Electoral Commission (INEC)

“This situation may create an opportunity for incompetent persons to be elected as our leaders and representatives and thus overturn our achievements,” he said.

Obasa urged Nigerians to participate in the electoral process “for the stability and sustainability of our enduring and cherished democracy”.

Felix Daramola, INEC’s Head of Electoral Operations complained about the turn out by residents during elections.

Daramola confirmed that Lagos now has 13,325 polling units, with 696 of the PUs in Agege.

The official added that with the introduction of Bimodal Voter Accreditation System (BIVAS), it’s now difficult to rig elections as results are now transferred electronically.