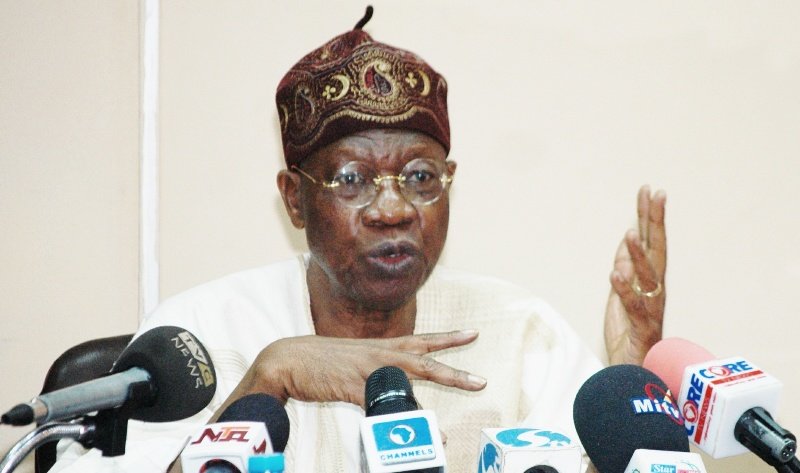 The Federal Government, yesterday came close in unveiling the sponsors of the Indigenous People of Biafra (IPOB).
briefing journalists after the weekly Federal executive Council (FEC) meeting in Abuja, Minister of Information and Culture, Lai Mohammed, claimed that IPOB gets the bulk of its funding from sympathisers, both in the country and in the Diaspora, especially from France.

“We have the records, we know IPOB collects money from many people from the Diaspora, they collect money from many people in Nigeria, they collect money from some foreign countries, this is clear. Let me tell you, the financial headquarters is in France,” he declared.
Although he had been under pressure to name names, the minister declined, as he simply said: “It is incontrovertible that some people in the Diaspora contribute money to IPOB. Where does he (Kanu) get his money? We know this as a fact. Again, there are a few very naughty diplomatic issues, which you need to skip. For instance, who does not know that the IPOB internal radio is located in London?…I don’t want any diplomatic row, we know for a fact where the funding is coming from and we are going to stop them.”
The South-East Governors had last Friday proscribed IPOB’s activities in the region, asking the agitators to forward their positions on national issues through their governors or National Assembly members. The military also declared it a militant terrorist organisation.
But on Monday, Senate President Bukola Saraki described the action of the military and the governors as unconstitutional, as he said due process was not followed. He said senate would launch an independent probe into the matter.
Notwithstanding the opposition, the minister said President Muhammadu Buhari has approved the process of the proscription group.
“For those who are fixated with legality, I have good news for them: President Muhammadu Buhari has approved the process of proscribing IPOB, and the procedure is on as I speak.