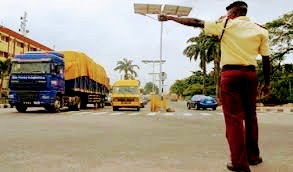 The fear of Lagos State Traffic Management Agency (LASTMA) may be the beginning of wisdom for all Lagos motorists, as the law enforcement officers have lately gone tough on traffic offenders. Unlike in the last four years when the officers were barred from making arrests, the new administration had returned LASTMA to status quo, with heavier sanctions of forfeiture or N200,000 penalty after court trial.

To further embolden the officers, the governor, Babajide Sanwo-Olu, has restored security backups and towing vans for traffic law enforcement operations. He also signed the traffic-related Lagos Neighbourhood Safety Agency amended bill into law, and psyched up the officers with a 100 per cent increase of monthly hazard allowance.

In return, the governor demanded an improvement in the free-flow of traffic statewide, with full enforcement of the Lagos State Traffic Laws 2012 and arrest of all traffic offenders without preference for civil servants, party members, security agencies, friends and family and so on.

The Lagos State Traffic Laws, passed by the State House of Assembly in 2012, was designed to protect law abiding road users, while violators face the consequences of their actions. The sanctions range from N5,000 fine to N50,000, jail terms and forfeiture of vehicles.

But the new regime has introduced a severe penalty of N200,000 for one-way offence, such as is not known to the subsisting traffic laws. Also, all the violations that erstwhile had no monetary penalties now attract fines of between N20,000 to N90,000.

For instance, offences like failure to use seat belt, unclosed doors or standing on the doorway while in motion, all attract N20,000 each. Parking on the highway, obstruction of traffic, picking or dropping passengers on illegal bus-stop attract N50,000 fine.

Also, making a reverse on the highway, driving on kerbs and parking on walkways now attract N50,000 penalty. Driving on BRT designated lanes is N70,000, while dropping passengers on laybys is slammed at N90,000 fine. And for every night a seized vehicle spends in the custody of LASTMA, a N1,000 fine is paid.

The StateReporters News learnt that the severe penalty regime was the initiative of the LASTMA hierarchy, “to ensure that apprehended violators do not easily get out of the offence, unlike before. The law says we should impound a vehicle that drives against traffic, which is the most common traffic offence these days.