HomeEDUCATIONLawan, Akpabio Others risk conviction for contested more than one elective office
EDUCATIONPOLITICS

Lawan, Akpabio Others risk conviction for contested more than one elective office 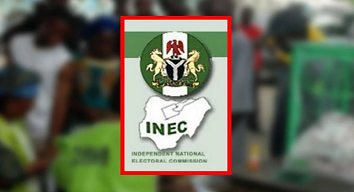 The Resident Electoral Commissioner of the Independent National Electoral Commission (INEC) in Akwa Ibom State, Mike Igini, has stated that some politicians who contested for more than one elective office risk conviction for electoral offences for violation of the Electoral Act, 2022.

Igini disclosed this on Tuesday while featuring on Channels TV’s Sunrise Daily.

According to him: “A person who signs a nomination paper or result form as a candidate in more than one constituency at the same election [commits an offence and is liable on conviction to a maximum term of imprisonment for two years].

“Section 115 (D) of the 2022 Electoral Act stipulates that no person shall sign, or obtain more than one form as a candidate for different elections.

“Some people are claiming that they participated in one election, that they filled two forms; it is ignorance of the law and it is not an excuse.

“We’re preventing them from being candidates for prison and they’re calling our names everywhere.”

Lawan has been involved in a tussle for the ticket of Yobe State North Senatorial District with another aspirant, Bashir Machina.

Also, the two-term Governor of Akwa-Ibom State and immediate past Minister of Niger Delta Affairs, Godswill Akpabio, who recently withdrew from the APC presidential race, has been fighting for the ticket of Akwa Ibom North West with a former Deputy Inspector-General of Police, Udom Ekpoudom, believed to have been won by the latter.