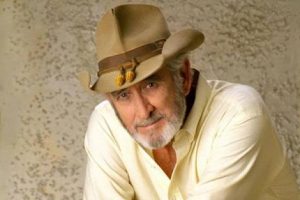 according to his publicist, the Texan born passed away after a short illness.

Williams who began his solo career in 1971, had acclaimed to himself 17 number one country hits.

His major songs, such as Gypsy Woman and Tulsa Time, have been covered by many other singers – including Eric Clapton and Pete Townshend. Williams was generally known as the gentle giant of country music.

Other hits included country boy, You’re My Best Friend, I Believe in You and Lord, I Hope This Day Is Good.

In 2010, he was inducted into the Country Music Hall of Fame.

Trait News  condoles with the family.