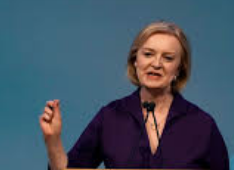 Liz Truss, 47, has been elected as the new Prime Minister of the United Kingdom after defeated Rishi Sunak by 81,326 votes to 60,399 in an internal contest after Boris Johnson’s resignation in July.

The lawmaker will become the Conservatives’ fourth head of the British government since 2015.

Truss promised to “unleash Britain’s potential by going for growth and removing the obstacles holding our country back”.

The new leader insisted that a growing economy is key to delivering for the British people and unlocking opportunity.

Truss promised to take bold action to guide the people through what she called “these tough times”.

“I am honoured to be elected Leader of the Conservative Party”, the former Foreign Secretary said.

“Thank you for putting your trust in me to lead and deliver for our great country.”

Truss, a former Minister for Women and Equalities, has been Member of Parliament for South West Norfolk since 2010.