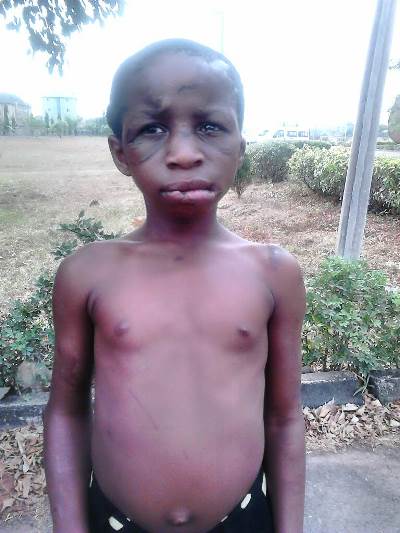 “My mistress usually inserts sticks inside my vagina, hits me with iron rods, wires and also ties me with chain whenever she is going out.

“My Aunty always use blade to cut my skin.

“These scars, injuries on my head, body and lips were inflicted on me by my Aunty for 4 years, ‘’ Miss Faith Nwanja, 12-year-old house help narrated her ordeal in her dialect.

Nwanje, currently in custody of Ezza-South Local Government in Ebony state, told News Agency of Nigeria (NAN) in Abakaliki, the dehumanizing treatment meted on her by her mistress, Mrs Nkechinyere Bartholomew in Onitsha, Anambra state.

The girl, a native of Okoffia-Ohaji, said Bartholomew, now at large, subjected her to serious torture for the four years.

The victim said she was suffering great pains parts of her body where her mistress used different objects, including iron rods and wire to beat her.

Mrs Ngozi Nwanja, the mother of the victim, said her daughter was 8 when she was handed over to Bartholomew.

She said efforts to see her daughter was not successful as the Bartholomew’s mother always claimed that her daughter’s contact number was not reachable.

“When Bartholomew came for my child through her mother who resided in Idembia Ezza-South LGA, she promised that her daughter will take good care of her.’’

The Vice Chairman of the Council, Mrs Caro Ewa, explained that the victim was brought to her on February 12 by Head of Department of Education and Social Welfare of the council.

She said the Chairman of the council, Mr Sunday Ogodo, ordered the arrest of the mother and brother of the accused because they were conniving to shield Bartholomew from arrest.

“Her mother and brother have been released by the police, but her younger sister is still in detention because she stays in Onitsha with them and also brought the victim back to Ebonyi along with her aunty.

“No government will support this evil, because the level of injuries on the child’s body is weird,” Ewa said.

Meanwhile, Mr Godwin Igwe, Head of Department, Child Development in the state ministry of Women Affairs and Social Development, described the degree of injures on the victim as “real damage’’.

According to him, the perpetrator boasted that she will settle the matter with money.

“This is worrisome. There is increasing cases of child brutalization.

“From all indications Nwanja’s hand is condemned and we don’t know the extent of damage to her brain and other parts of her body,” Igwe said.

Igwe appealed to the government, Civil Society Organisation (CSO), philanthropists, International Federation of Women Lawyers (FIDA), the police and public who are interested in Child protection to save children from abuses.

Bartholomew, he said, would be prosecuted to serve as deterrent to others and the victim would be taken to the hospital for medical examination and treatment.

“We will take steps to stop the trend as its portraying a negative image of the country before the International community,” Igwe said. 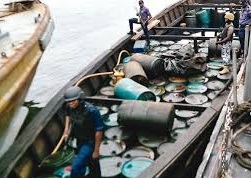 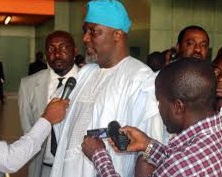 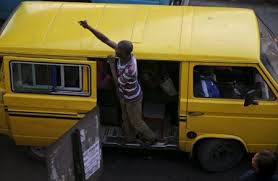