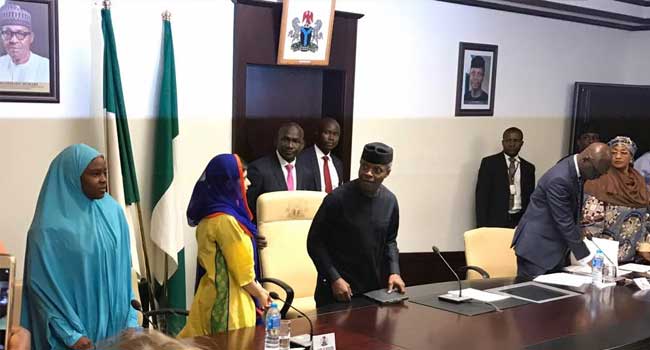 Acting President of Nigeria prof. Yemi Osinbajo on Monday received the founder of the Malala Fund and girls’ education activist, Malala Yousafzai at the Presidential Villa.

Malala, the Pakistani school girl who survived an attack by the Taliban, met with the Acting President at the State House in Abuja as part of activities to mark her visit to Nigeria, the second in three years.

Leading a delegation of seven, the youngest-ever Nobel Prize laureate reiterated her goal to an end to the deprivation of education among the girl child.

The meeting attended by Malala’s father and other girl rights activists commenced at about 6:00 PM and is being held behind closed doors.

Malala last visited Nigeria in 2014 shortly Boko Haram terrorists abducted some schoolgirls in Chibok community of Borno State, when she joined hundreds of people and groups to condemn the act.

She had pressured the administration of former President Goodluck Jonathan to ensure the safe return of the girls and expressed hope that the girls would be released soon as promised by the President.

She had also called on the international community to assist Nigeria and Africa in ensuring schoolchildren get quality education and urged governments across the continent to increase funding for education.

The Nobel Prize laureate had announced a donation of $200,000 from her foundation to support education in Nigeria. 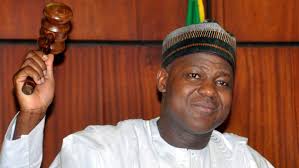