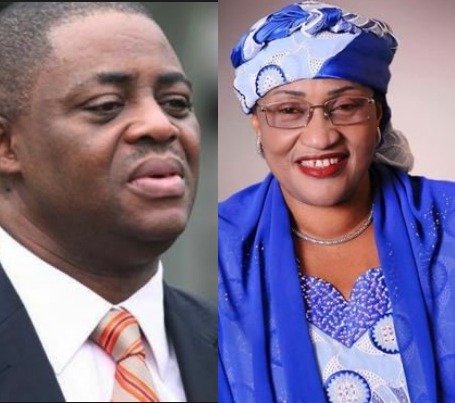 The Minister of Women Affairs, Aisha Alhassan AKA MAMA TARABA has swiftly debunk her involvement in crediting a post which had accused the Kaduna state governor, Nasir El-Rufai of being one of the masterminds of the abduction of Chibok school girls.

The report which has since heated up the polity ever since it was uploaded earlier today has left millions of Nigerian tongues wagging especially since the former minister of aviation Femi Fani-Kayode FFK appeared in the picture.

FFK went on his twitter page to react to the news as he urged MAMA T to spill some more. however, in a counter reply, Aisha replied him, asking that he delete the tweets as it is demeaning of him, as a former minister to peddle false news.

below are their tweets: