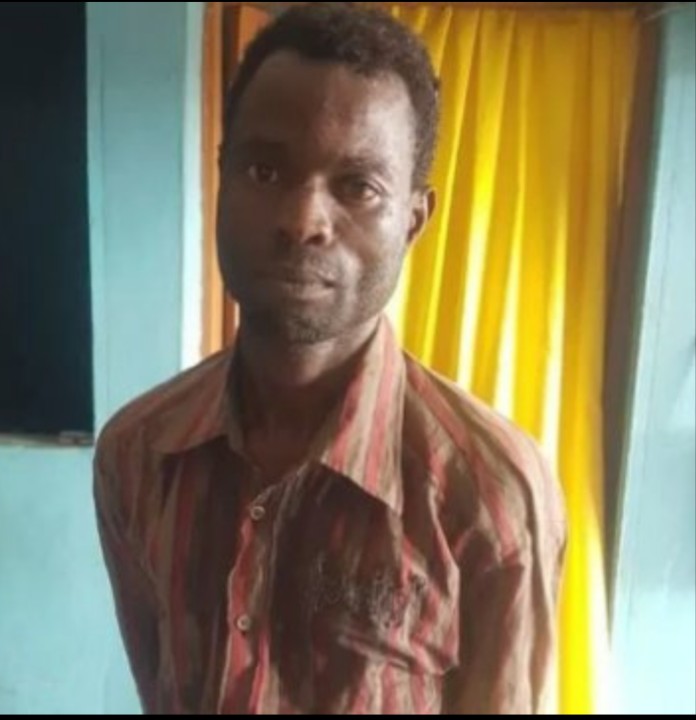 Seyi Ajiboye, 25-years-old pictured above has been Arrested by the Ogun State police department for allegedly raping a 14-year-old girl who is suffering down syndrome.

A statement issued by the state police command spokesperson, Abimbola Oyeyemi, says the victim was returing from church when the suspect lured her into his room and defiled her. Her parents noticed something unsettling about her and after some questions, she informed them of what the suspect had done to her.

“The victim complained that while she was coming from a church service at Oluwalogbon street Abule Ijoko, the suspect who resides in the area lured her into his room, forcefully removed her underwear and had carnal knowledge of her without her consent. He increased the volume of his radio making it impossible for people around to hear her (victim) screaming”.

The matter was reported to the Agbado police station by the victim’s parents.

“On the strength of the report, the DPO Agbado Division, CSP Olatunji Omonijo led his detectives to the area where the suspect was arrested. He has since made a confessional statement to the effect that he actually committed the crime. The victim has been taken to the hospital for medical treatment and report,” he said