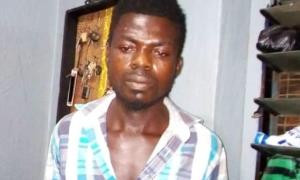 Abraham Mantey who was accused of killing his tenant in a brutal attack at the Ashanti Regional community of Gromesa in the newly created Adansi-Akrofuom District, has been arrested at his hideout in Accra.

He was alleged to have cut the throat of his father’s tenant, Eric Tetteh, leading to victim’s untimely death; throwing the Gromesa community into a state of shock last Sunday.

The deceased, Eric Tetteh, a farmer, had his throat slit in the presence of his wife, Evelyn Dansowaa, around 7:00 pm for refusing to vacate his room.

Suspect Abraham Mantey had ordered the deceased and his wife to leave the house but they refused, Obuasi Municipal Police Commander, DSP Martin Assenso, said.
Abraham, therefore, allegedly attacked him with a machete after a short confrontation, while the couple was preparing supper.

The police chief said officers rushed to the village to find the lifeless body of Eric Tetteh after receiving report of the callous incident around 10 pm.

He asserted that Mr. Tetteh, popularly known as TT, was stabbed in the neck and bled to death.

DSP Assenso said Mantey, who was arrested in Accra – following an intensive manhunt for him, had initially fled the community after the heinous act.

According to the police boss, the suspect claimed during interrogation that he committed the act unintentionally and that he had been provoked by the victim’s demand to return a belt he had lent to him.

He was remanded in police custody while investigations continue.

I don’t Know about any Afenifere suspension – Omisore 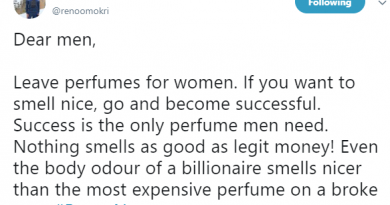