Many Lost Their Lives In Adamawa Bomb Blast | Trait News 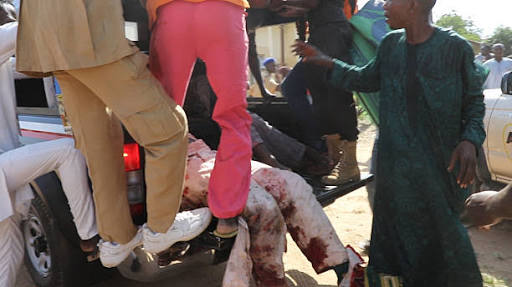 Many people have lost their lives following a bomb blast at a mosque in Dazala area of Mubi town in Adamawa on Tuesday.

An eyewitnesses account that suspected suicide bomber carried out the attack around 5 a.m., during the Muslim early morning prayers.

“I counted 27 dead and 49 injured people as they are being evacuated to the hospital,” said one Mubi resident, who simply identified himself as Danladi.

The Chairman of Mubi North, Alhaji Musa Bello who spoke to the News Agency of Nigeria (NAN) said he would give details of the incidence later.

“There are many casualties including the dead but I cannot give you the exact figure now as we are trying to ascertain the damage”.

Also confirming the incident, the Executive Secretary of Adamawa State Emergency Management Agency, Mr Haruna Furo said his team are on their way to Mubi to assess the situation.

“I can’t tell you the casualty figure for now,” Furo said.

When contacted, the Adamawa Police Command Public Relation Office, SP Othman Abubakar said he had yet to receive briefing on the incidence.

The incident was the first in three years since the liberation of Mubi town from Boko Haram in 2014.