HomeNEWSMasari’s comment on Fulani has vindicated Ortom, others; Buhari must apologize –...
NEWSPOLITICSTHE NATION 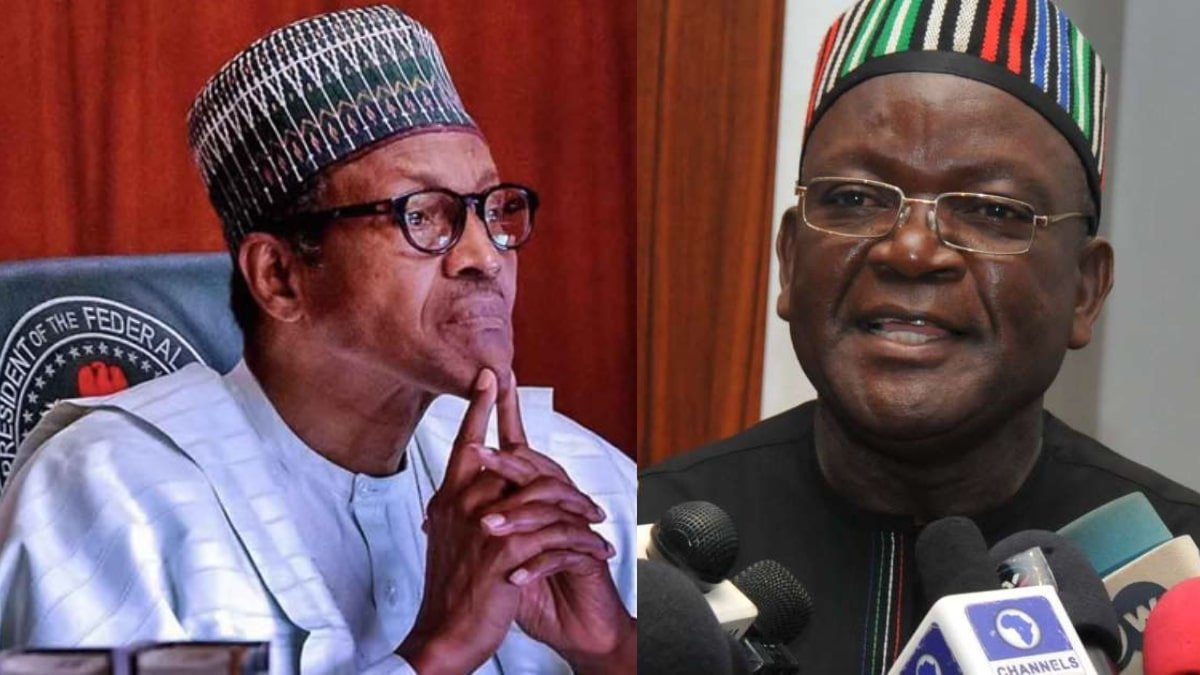 As reactions continue to trail the comment made by Governor Bello Masari of Katsina State, over the alleged involvements of Fulani herdsmen in the act of banditry; security expert, civil society group and youth leader, have called on the President Muhammad Buhari-led Federal Government to apologize to Governor Samuel Ortom of Benue State.

Governor Ortom had in a series of press briefings and at a stakeholders’ meeting, accused the Fulani herders of being responsible for countless attacks on the local farmers in Benue State which has led to deaths of hundreds of citizens and over a million persons displaced.

But as the issues of insecurity in Benue and other States continue to beg for Federal Government’s interventions, the Presidency, through the Senior Special Assistant to Buhari on Media, Mallam Garba Shehu, went personal with Governor Ortom, leaving the cardinal issues raised, and by implications, defending the Militias.

But Governor Masari, while featuring on a Channels Television programme, ‘Politics Today’ on Monday, affirmed that majority of the bandits terrorising Katsina and other States of the country were Fulanis.

He said, “Bandits are persons who speak same language like me. They profess the same religious beliefs like me”.

Though Governor Ortom is yet to respond to the comment credited to his Colleague, who presides over the affairs of the state of President Buhari, Katsina; comments obtained by DAILY POST mainly pointed to the fact that Governor Ortom has been vindicated.

The Kogi born Social Crusader, while taking a swipe on the ruling All Progressives Congress (APC)’s handling of insecurity across the country, told DAILY POST that President Buhari must apologize to the Benue Governor.

He said, “three APC Governors within a week have taken a strong stand against Fulani herders and their movements – Niger State has just banned cattle market and Kaduna State just did the same. It is now becoming glaring where the problem is coming from. This is a known fact.

“But we must commend the Governor for standing tall and calling spade, a spade, Nigerians are aware of this truth but afraid to speak out, especially those in authority.Masari is a Fulani man and a Muslim and as a Governor of a State and a former Speaker, he knows exactly what he is saying. He has spoken from enormous security report at his disposal as a Chief Security Officer of a State. As a Fulani man, he knows what is happening. The Governor’s statement has once again vindicated some of us that are of the opinion that the APC has hands in the national insecurity, and today they have been indicted by the APC Governor’s comments and we have been vindicated.

“Buhari led Federal Government should as a matter of urgency, tender an unreserved apology to the Governor of Benue State, without delays, since the Governor of his state has exposed the hidden truth. With Masari’s confession, the Fulani herders are the promoters of banditry and other forms of insecurity like killing, raping of women in the farms, destructions of foods and kidnapping. Nigerians are now aware that Ortom is right all along and must be commended for standing up to the truth.”

The Ekiti-born Human Rights Activitist and Convener, Coalition in Defence of Nigerian Democracy and Constitution, Comrade Ariyo-Dare Atoye, on his part, lambasted Senator George Akume and Governor Atiku Bagudu of Kebbi State, for taking sides with the Presidency and the killer herdsmen against their people.

Atoye told DAILY POST that, “Sentiments can never cure criminality, and it is hoped that people like Sheikh Gumi would quickly come to that understanding.”

He added that, “the well-calculated outburst of Gov. Masari is a vindication of Gov. Samuel Ortom and a slap on the reputations of Gov. Atiku Bagudu and that of George Akume, who has turned himself into the errand boy of Garba Shehu in the name of Buhari.

“The latest measures put in place by the Governors of Katsina, Zamfara and Kaduna has also vindicated the Governors who passed the anti-open grazing laws in their respective states. It is also a vote of no confidence on the President who has continued to insist on grazing routes against the reality of time and inventions.”

An Abuja based security consultant and public affairs analyst, Mr. Jonathan Onoja, while reacting, said, the Fulani herders had always been identified, at different times, in connections to banditry and terrorism in Nigeria.

He told DAILY POST that, “The position and the disclosure of the Governor of Kastina State, Bello Masari, is an eye-opener, particularly for Mr. President, as regard his order to review open grazing reserves in 25 states as against the Governors’ position on ranching, the best and globally accepted practice of modern day method of rearing animals.

“It was shocking to Nigerians that, despite Mr. President’s order to shoot at sight, some Fulani herders still carry AK-47 around the city centers without interception, rendering the order of Mr. President useless and more epileptic. This singular act sent a strong signal to Nigerians that president Muhammed Buhari has failed in his own words.

“Recently, the Governor of Benue State, in a media chat with Channels Television, challenged the conscience of the President to come out plain and tell Nigerians his plans. Instead of attempting to answer the questions put forward by the Governor, the so called aides, now called ‘The Presidency’, came out in their usual jamboree manner to attack the Governor.

“Very unfortunately, some so called Benue APC stakeholders begging for daily meal ticket from the Aso Villa came out in broad daylight to sell the entire state in order to secure their appointments”.

Onoja opined that, the President must rise above sentiments and face the reality of the Fulani marauders, if he actually wants to win the war against banditry in his state and other affected areas in the country.

Meanwhile, Dr. Garus Gololo, a Chieftain of the APC, was of the opinion that the comment credited to Mr. Masari was “ungentlemanly” and “undistinguished”, saying the Governor did not speak with facts.

“How did he get his statistics, where does he go to meet the bandits and who are the experts who analysed the statistics? If he knows the bandits that much, why didn’t he talk to the Chief of Army Staff, Chief of Naval Staff or Chief of Air Staff, to disclose their whereabouts, so as to use airstrikes to smoke out the criminals? Why hiding them?

“Now he said he regretted pardoning those that were arrested. Why did he pardon criminals who are unrepentant and have capacity to kill and destroy? Why didn’t he allow the law to take its course?

“Just last year, an Igbo man was arrested with ammunition and guns in Paskari local government of Katsina State and was paraded, where is he now and what has happened to the case?

“What about the informants to bandits that were arrested from various local government areas of the state this year, how many of them are Fulanis?”, Gololo asked.

He advised Governor Masari to always assist the security in combating crimes and criminalities in Katsina, rather than meddling in their affairs, in the name of amnesty or running to the media to quote figures that are unsubstantiated.