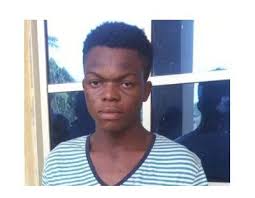 In a statement released by the command’s public relations officer, Abimbola Oyeyemi, said the suspect, an indigene of Edo state, opened a Facebook account with the name and picture of Mr. Adenuga to defraud innocent people. He was arrested after one of his victims identified as Abiola Ogunseye, went to the police to lodge a complaint after paying ‘Mike Adenuga’ N1 million to help him secure a job at NNPC.

”One of his victims, Abiola Olalekan Ogunseye came in contact with him on Facebook where he promised to get employment for him at Nigeria National Petroleum Company (NNPC)”, Oyeyemi said

Lucky had told Abiola that if he paid him N1 million, he would use his office to influence his employment.

”The sum of N1,028,770 has so far been paid to suspect before the victim realised that he is a fraudster,” Mr. Oyeyemi added.

After waiting endlessly for his appointment letter, Abiola suspected he had been duped and he went to the Commissioner of Police and Officer in charge of Anti Kidnapping and Cultism, Opeyemi Kujoore, to lodge a complaint. After a detailed investigation, Lucky was arrested by the police on November 6th. He would be charged to court soon.