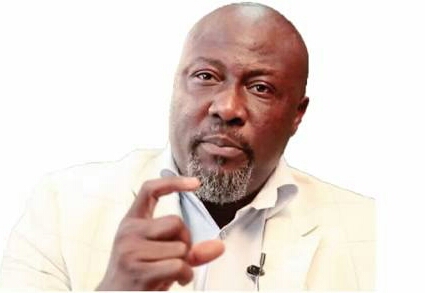 The Federal High Court, Abuja, has fixed Sept. 11 to deliver judgment in the suit filed by Sen. Dino Melaye (APC- Kogi), challenging his planned recall by some voters in his constituency.

Justice Nnamdi Dimgba, fixed the September date after listening to arguments from all parties involved in the suit.

The Independent National Electoral Commission (INEC) had commenced the process to recall Melaye, but the senator went to court, seeking stoppage of the process.

One of the grounds upon which Melaye, who represents Kogi West in the Senate challenged his recall, was that the signatures of some of the voters in the petition for his recall were fictitious.

Melaye who argued his case through his counsel, Mr Nkem Okoro, said that majority of the signatures on the petition were dead people.

He added that death certificates were attached to the processes he filed as exhibits to ascertain the veracity of his claim that some of the signatories were deceased.

He further alleged that he was denied fair hearing by both his constituents and INEC.

He urged the court to grant the prayers of his motion and stop INEC from going ahead with the planned recall.