HomeTHE NATIONMichael Cohen calls President Trump a racist, a conman, and a cheat
THE NATION

Michael Cohen calls President Trump a racist, a conman, and a cheat 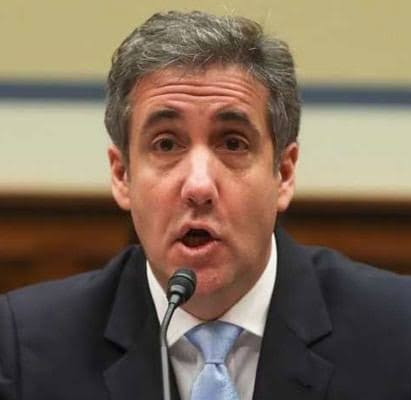 Former Attorney of the President of the United States,Donald Trump, Michael Cohen has referred President Trump as a racist, con man, and cheat during his opening statement before the House Oversight Committee on Wednesday, February 27.

“I am ashamed that I chose to take part in concealing Mr. Trump’s illicit acts rather than listening to my own conscience. I am ashamed because I know what Mr. Trump is.”

Cohen also said President Trump knew his longtime political advisor Roger Stone was in contact with Wikileaks during the 2016 campaign about possible dirt on Hillary Clinton.

“He was a presidential candidate who knew Roger Stone was talking with Julian Assange about Wikileaks drop on Democratic National Committee emails.”

Cohen also brought documentation to show the president reimbursed him for hush money payments made during the campaign.