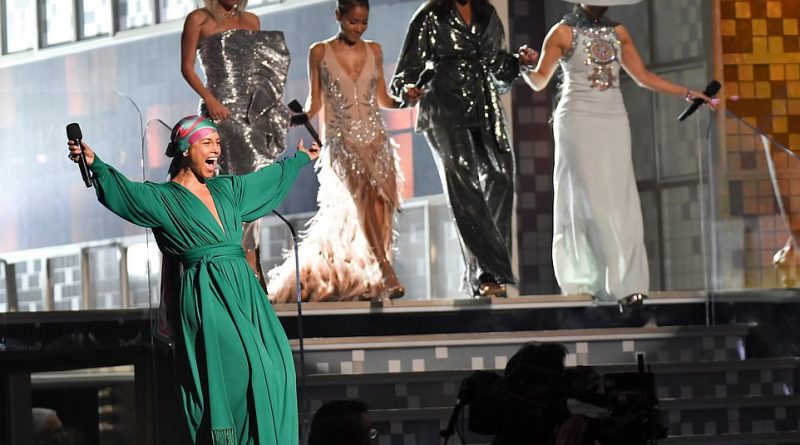 Former US First Lady, Michelle Obama made a surprise appearance at the Grammy Awards.

Michelle Obama appeared on stage & joined by the host Alicia Keys, Lady Gaga, Jada Pinkett- Smith, and Jennifer Lopez, fans screamed and blew kisses to the former first lady.  She smiled before saying ‘We’ve got a show to do!’ and began laughing with her co-presenters.

She paid a tribute to Motown and Beyonce, saying:

From the Motown records that I wore out on the Southside, to the Who Run The World songs that fueled me through this last decade, music has always helped me tell my story and I know that’s true for everyone here.

Music helps us share ourselves, our dignity and sorrows, our hopes our joys.

It allows us to hear one another – to invite each other in. Music shows us that all of it matters…every story within every voice, every note within every song.

21st Century Wedding: Lady marries herself to stop people asking when she was getting mariied

Nigerian Musician-Mayorkun Sets Up A Barbing Salon For His… (Photo)