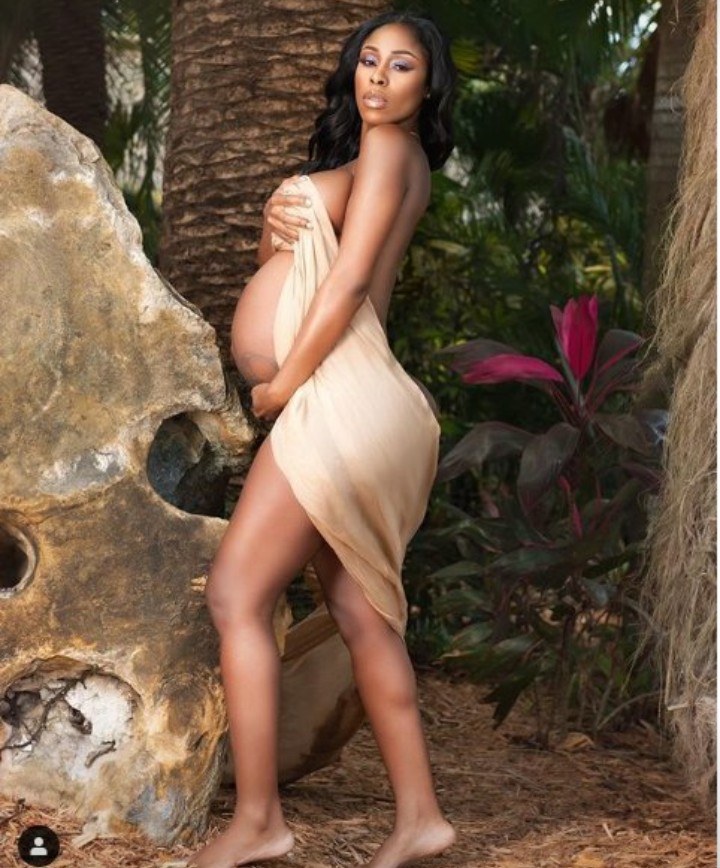 Haitian model, Eliza Reign, who is said to be carrying Future‘s 6th child shared a beautiful maternity photo with an interesting caption.

Sharing the nearly nude photo of herself cradling her baby bump, she wrote: ‘The butterflies ? he used to give me turned into tiny little feet.’

This comes days after the rapper reportedly confirmed that the model is carrying his 6th child.

According to  Gossip In The City, Future contacted Eliza and stated that he’s ready to do what he has to do when the child is born.

When the child finally arrives, it will be the rapper’s 6th child with the 6th woman. Future already has a son with singer Ciara and four other women including Bow Wow‘s baby mama, Joie Chavis.

Share
Facebook
Twitter
Pinterest
WhatsApp
Previous articleTemi Otedola wears £1.4 million worth of Chanel on her wrist at a London party
Next articleRemy Ma celebrates her daughter by sharing adorable photo of her as she clocks 3-months-old today