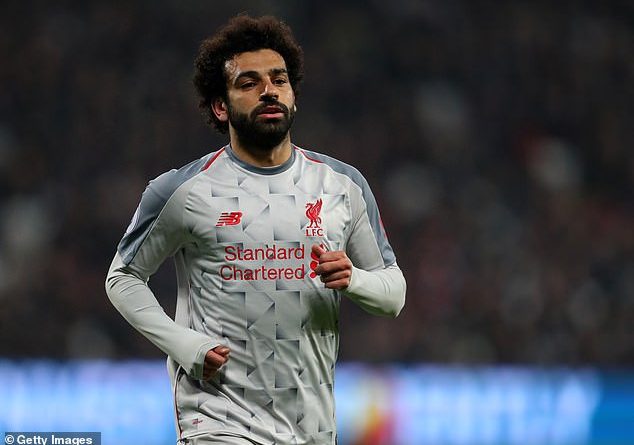 Egyptian and Liverpool football star, Mohamed Salah is the latest footballer to suffer vile racist abuse after a West Ham football was seen in a video insulting the striker during their clash with Liverpool on Monday.

In a statement released on today, West Ham and the Metropolitan Police confirmed they were investigating a video circulating on social media which shows supporters racially abusing Liverpool’s Mohamed Salah.

In the footage, that was taken inside the London Stadium on Monday night, you can hear one fan call Salah a ‘f***ing Muslim c***’ before telling him to ‘f*** off’ as he takes a corner.

A club spokesperson said: ‘At West Ham United, we have a zero tolerance policy to any form of violent or abusive behaviour. We are an inclusive football club.

‘Regardless of age, race, religion or belief, marriage or civil partnership, pregnancy or maternity, sex, sexual orientation, gender reassignment or disability, everyone is warmly welcomed at London Stadium.

‘Anyone identified committing an offence will have their details passed to the police and will face a lifetime ban from London Stadium. There is no place for this kind of behaviour at our stadium.’

The Football Association have also confirmed they will look into the incident.

A statement from the Met confirmed: ‘We are aware of a video in which it appears racial abuse is being directed at a player at a West Ham vs Liverpool game at London Stadium on Monday, 4 February. Officers are in the process of reviewing the footage.

‘No arrests have been made and enquiries continue. Anyone who witnesses inappropriate behaviour during a match is urged to bring it to the attention of a steward or police officer.’

Miqdaad Versi, the media spokesperson for the Muslim Council of Britain, commented on social media: ‘Deeply disappointing to see such disgusting Islaimaphobia from what appears to be West Ham supporters calling Mo Salah a “f***ing Muslim c***”. T

‘This is unacceptable and I hope the individual is found and at least banned from future matches.’