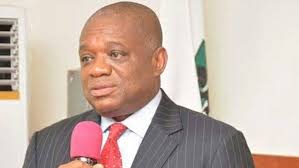 A federal high court in Abuja has prohibited the Economic and Financial Crimes Commission (EFCC) from retrying Orji Kalu, former governor of Abia state, on allegations of money laundering.

The EFCC had prosecuted Kalu alongside Ude Udeogu, a former director of finance and accounts with the Abia state government, and Kalu’s company, Slok Nigeria Limited, on 39 counts of fraud involving N7.1 billion at a federal high court in Lagos.

Mohammed Idris, who is now a justice of the court of appeal, had at the end of the trial, sentenced Kalu to 12 years’ imprisonment while Udeogu was sentenced to 10 years in prison.

The third defendant, Slok Nigeria Limited, was ordered to be wound up and its assets forfeited to the Nigerian government.

However, the supreme court on May 8, 2020, voided the trial and ordered a retrial following an appeal filed by Kalu’s co-defendant.

But Kalu asked the court to stop the commission from retrying him.

According to him, the supreme court’s pronouncement on retrial was peculiar to Udeogu, adding that it will amount to double jeopardy if he is allowed to be subjected to a fresh trial on the same charge.