Former Deputy National Publicity Secretary of the ruling  All Progressives Congress (APC) Timi Frank, has given Vice President, Yemi Osinbajo, seven days to resign over alleged flagrant violation of the Constitution and the Public Procurement Act in the approval of N5.8billion as intervention funds for the North East in 2017 or he will be forced to reveal more dirty secret about the VP.

Frank in a statement on Monday, called on the National Assembly to immediately commence impeachment process against the VP based on the House report and in line with its constitutional mandate to act as a check and balance on the Executive.

He said that with the revelations about Osinbajo’s role in this high level sleaze and the many corruption cases against top aides and appointees of President Muhammadu Buhari, “it is safe to say that the present administration is the worst so far in terms of corruption and circumvention of due process laws in the nation’s democratic history.”

He insisted that the fact that Osinbajo is a senior lawyer and Chairman of the Board of the National Emergency Management Agency (NEMA) – now alleged to have diverted the funds – makes it mandatory for the Vice President to immediately step aside to allow for thorough criminal investigation to determine the veracity or otherwise of the issues collusion and core raised in the House report by security and anti-corruption agencies.

He noted that it is appalling to hear that Osinbajo – despite his public anti-corruption posturing – could be remotely mentioned in such a scam where funds meant to provide succour for hunger-ravaged Internally Displaced Persons in the North East were allegedly diverted in such brazen manner.

“As a learned gentleman, Osinbajo cannot say he did not know that it is illegal for any government official to spend funds not appropriated by the National Assembly. He should have known that it is intrinsically illegal for anybody to divert funds raised through the issuance of Euro Bond – approved by the National Assembly for specific capital projects – to fund his ‘emergency intervention.’

“What is most telling is that it now appears that the VP used his brief stay as Acting President to open up the nation’s coffers for fleecing in this manner with the approval of the N5.8billion to be disbursed from the Euro Bond account and another N17billion he caused to be released from the Ecological Fund.

“These acts of financial recklessness are most unbecoming of a person of the Vice President’s standing. He has a lot of explanations to render to his Principal – who was on medical vacation at the time – and to Nigerians – whose trust has been rudely shaken by this stinking corruption affair.

“Being a man who enjoys immunity by reason of his office, I call on him to immediately resign his position to enable him appear before the anti-corruption agencies to state his involvement or otherwise in the scam.

“To hide under the toga of Vice President and not face prosecution alongside other NEMA officials indicted by the House of Representatives report on the investigation would amount to a travesty of justice and the selectiveness that has unduly characterised the war against corruption since the inception of the present administration.

“I give the VP seven (7) days to resign his position to enable him face the Economic and Financial Crimes Commission – like ex-Governor Ayodele Fayose did recently – to clear his name.

“Should he fail to heed my humble appeal, I shall have no choice but to commence the process of making available to the public other corruption-related information concerning the Vice President that will most certainly shock Nigerians,” Frank stated. 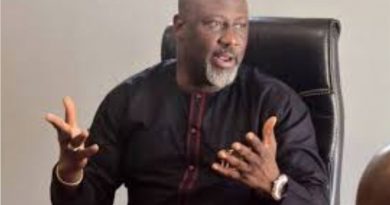 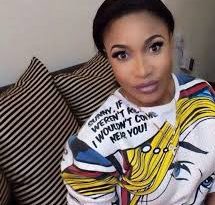 Tonto Dikeh Replies Critics: “I Am Not Cut Out For A Boring Christian Life”