The National Association of Nigerian Students (NANS) has accused men and officers of the Economic and Financial Crimes Commission as well as those of the Nigeria Police Force of acts that encourage internet fraud, otherwise known as Yahoo-Yahoo, in Nigeria.

NANS alleged that operatives of the EFCC and the police do collect bribe from suspected internet fraudsters and set them free, instead of bringing them to book.

The students’ association was reacting to some arrests made by the EFCC and a unit of the police force on some campuses.

NANS spokesperson, Azeez Adeyemi, during a press briefing on Thursday in Abeokuta to commemorate the 2020 June 12 celebration, expressed displeasure that the security agents allegedly harass, intimidate and molest Nigerian youths, all in the name of arresting Yahoo-boys.

Adeyemi who spoke on different issues affecting the nation, said though NANS does not condone any act of criminality, activities of the EFCC and the police, he said, have been increasing the rate of internet fraud.

“We have watched with displeasure the manner at which some of our security agencies harass, intimidate and molest Nigerian youths all in the name of arresting internet fraudsters, popularly known as “Yahoo boys”, especially on our campuses.

“While we do not support and condone any act of criminality, we feel the manner at which the men of the Nigeria Police Force and the Economic and Financial Crimes Commission (EFCC) carry out their operations is not only condemnable but also further increases the rate of internet fraud.

“Why did we say this? It is a public knowledge that some police officers and EFCC officials accept bribe from suspected internet fraudsters and later set them free.

“This has further contributed to the increasing crime rate in the country because these fraudsters now know that their freedom can be bought and this has further encouraged them in perpetrating crime,” Adeyemi stated emphatically.

Speaking further, the NANS National PRO maintained that “if Nigerians must truly enjoy the dividends of democracy and reap the fruits of the labours of our heroes past, corruption must be kicked out of Nigeria.”

He posited that corruption has almost killed all the critical sectors of the Nigerian economy, adding that, “for many years, corruption seems impossible to defeat. But we believe that, with sincerity of purpose, selfless service and honesty which were the qualities of MKO Abiola, corruption will be defeated.

“Also, our politicians must be ready to make sacrifices and render selfless services. This is what late MKO Abiola, who fought for our democracy and paid for it with his life, was known for.”

He commended President Muhammadu Buhari for his resolve to wage war against corruption, urging Nigerian youths to be patriotic and prayerful if the country must achieve her core objectives. 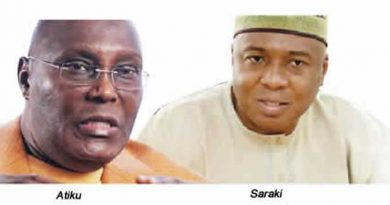 Sanusi Speaks On Moves Against Adesina, Says AfDB Rules Must Be Respected