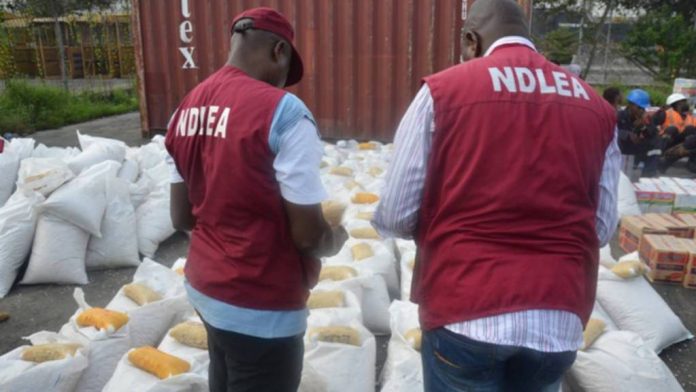 The National Drug Law Enforcement Agency (NDLEA) has suggested stiffer penalties for drug trafficking by removing the option of fines for drug offenders in order to deter people from the illegal business.

The suggestion was contained in a statement issued by the agency’s spokesman, Femi Babafemi.

He said its Chairman, Brigadier-General Buba Marwa (retd.), represented by the Director, Seaport Operation, Omolade Faboyede, spoke on the theme, ‘Drug abuse in Nigeria: Changing the narrative’ during the Institute of Change Management’s annual dinner in Lagos

The chairman noted that it is worrisome that some of the NDLEA officers lose their lives in the course of battling with drug traffickers and at the end of the day when taken to court, they are fined and later return to the same business.

He added that it is a worrisome trend that NDLEA is trying to correct in order to make the punishment stiffer.

Marwa further explained that an aggressive reduction in drug supply should be embarked on, stressing that the drug problem in Nigeria is massive.

He stated, “The National Drug Use Survey 2018 indicated that 14.3 million Nigerians representing 14.4 per cent of the country’s population used psychoactive substances aside from alcohol.”

The chairman explained that as the chairman of the Presidential Advisory Committee for the Elimination of Drug Abuse, he had a clear view of the situation and what should be done to reverse the trend.

He said there is the need to shut down the pipeline, by taking the traffickers and their barons out of the picture, saying that there is also the need to embark on an aggressive drug supply reduction campaign.

General Marwa noted that it is to this end that they launched the War Against Drug Abuse campaign which is meant to, in the long run, help prevent the entrenchment of drug abuse culture among young people in the society.