The Federal Government has said many neighbouring countries asked Nigeria for food during the lockdown occasioned by coronavirus pandemic.

Minister of Works and Housing, Babatunde Fashola, made this known on Saturday during an Instagram Live Chat with City People Magazine.

The minister, who spoke on the COVID-19 Economic Sustainability Plan recently submitted by Vice-President Yemi Osinbajo to the President, Major General Muhammadu Buhari (retd.), said the plan contains diverse measures to fortify the Nigerian economy against any shock brought by the pandemic.

Fashola said, “We are looking at constructing roads with more stones, more cement, more iron rods so that more people will be employed. For example, it will take 14 people to build a kilometre of road. So, if you are doing more kilometres, it will demand more labour and materials, so, these are some of the bolts and nuts of that plan.

“Agriculture is another critical part of the Economic Sustainability Plan. We want to increase the cultivatable lands in the country. We are currently cultivating just about one-third and I stand to be corrected on that figure – the minister of agriculture knows the numbers than I do. But in his presentation, as I recollect it, we are not cultivating enough lands. We want to double cultivation, increase food output, not just for local use but for export.

“I must say to Nigerians that because of the success of the agriculture programme which is still evolving, during this COVID exercise, many countries were writing to us from near and far, asking us to please supply them food. This is not in the public space but President Buhari’s priority was, tell them to wait, we must feed our people first before we send out food, we don’t know when this is going to end.

“So, we want to see more value-added in the sector in terms of processing and cultivation. We are losing an unsatisfactory quantity of our agro produce to many factors – transport, cooling, heating and so on. These are some of the components that the Ministry of Agriculture will share in the next few months about how to ensure that we preserve many more of what we produce and lose less.”

The former governor of Lagos State also noted that the National Housing Project which started in 2016 is still ongoing. He stressed that the Ministry of Housing understudied the type of houses Nigerians liked to live in because “cultural differences impact on the way people live”.

He said, “We learnt from the previous National Housing Scheme during the Shagari era that not everybody liked the way the Shagari houses were built. Whilst it was a laudable initiative by that administration, it did not really respond fully to all the aspirations of Nigerians in terms of the type of houses they want to live in.

“In all the 34 states which gave us lands, we have completed the houses. We have now started a second phase in many of those houses close to where the first phase was.”

Beyond building houses, the Senior Advocate said his ministry was providing “Site and Service Scheme” for people who don’t want the government to build houses for them but want the government’s protection and amenities like potable water, steady power, amongst others.

“All over the world, the truism is that not everybody will be able to own a home but they deserve some kind of shelter. Some people have to rent. So, the Federal Government provides Home Renovation Loan which helps some people subsidise their rent, renovate their houses and so forth.

“We are also intervening in the housing sector by issuing titled documents. We’re issuing Certificates of Occupancy. I have signed over 3,400 C of Os in the last two years,” he added.

On federal road projects, Fashola said, “We are making appreciable progress, we have over 600 different contracts. We had hoped that this year, we will complete about 22 major roads between this year and 2021. We have lost three months which is March and now (June) which is our most prolific period before the rainy season. But we will pick up sometimes around September.”

On the case management of the novel coronavirus disease, the minister said, “We were better equipped with information at the time Ebola broke out. The Ebola Virus has been under observation and study especially in East and Central Africa for over 40 years. So, there was a lot of knowledge about its parameters, what to expect, what not to expect. And it was with that information that we were able to respond.

“Those who are battling coronavirus today have only six months knowledge of this virus. So, the parameters of what to look for are constantly changing. In the beginning, we thought that temperature was a good standard – that everybody who had it will have high temperature.

“We now know better that some people will have no symptoms at all. Some people lose sense of taste, they lose their sense of smell, they have headache. I know there are many scientists in the world today doing a lot of research, pathology works from those who have been infected and died trying to understudy the virus.

“What to do now is to follow new advise, wear masks, keep social distancing. If we do that, we will help health workers reduce their workload and help them lead us out of this pandemic.” 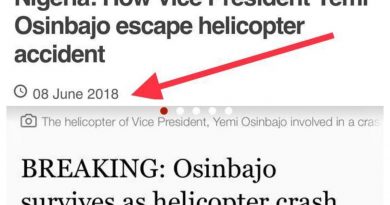 ”You Better Watch Your Back” – Reno Omokri To VP Osinbajo, Relates To His Crash 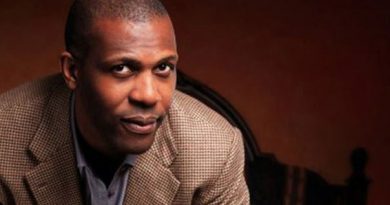