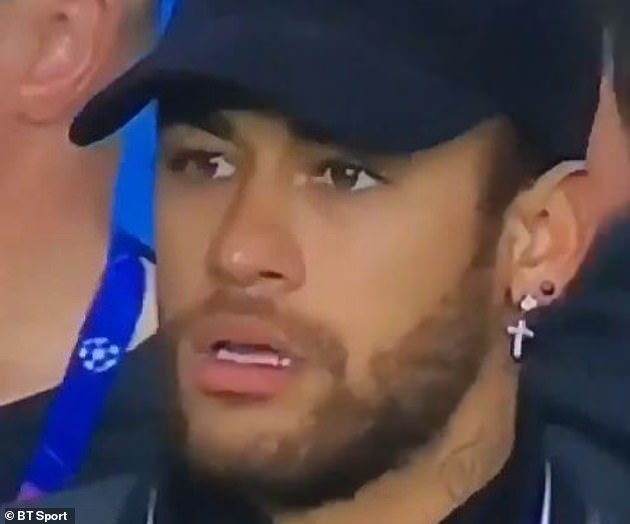 The charge lists Neymar as having committed ‘insulting/molesting acts against a match official (statements made by the player following the match)’.

The date of Neymar’s hearing has yet to be confirmed, following confirmation of the charge on Friday afternoon.

After PSG lost 3-1 at home to Manchester United to exit the Champions League on away goals at the last-16 stage, the Brazilian footballer took to  Instagram to slam video review officials who intervened before United were awarded the stoppage-time penalty.

Neymar who was injured and did not play in the game wrote: ‘This is shameful! And they still let four guys that do not understand football look at the slow motion video, this doesn’t happen! How is he going to take his hand out when he’s on his back! Oh go f*** yourself.’