Neymar Debunks Rumour of Having Problem In PSG | Trait News 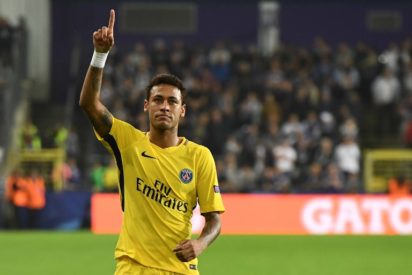 Brazil top forward, Neymar has debunk rumors that he had problems with his team mates at his club Paris St Germain (PSG).

football lovers have been aware that there has been perceived rumors of hostility between Neymar and the PSG ace Striker Cavani.

However, After helping Brazil beat Japan 3-1 in a friendly, Neymar refuted suggestions that he regretted moving to the French club. hear from him:

“I don’t like whispers and stories. So, it’s better that you hear it from the horse’s mouth,” he told reporters after scoring one penalty kick and missing another during the game in Lille.

“I don’t have any problems at PSG, the only thing that bothers me is the pressure from the media.

“I‘m a guy who likes to win, I like winning titles and that’s why I came to PSG. “I‘m very happy, I‘m motivated. They are inventing stories which aren’t true, I don’t have any problems with (forward) Edinson Cavani or with my coach (Unai Emery).