The Zamfara State government has recruited 7500 youths as Special Police Constables following the Community Policing initiative of the federal government.

While briefing the newsmen on Friday, the Police Command headquarters in Gusau said the first batch of 3,850 youths leaving for training in Police Training School, Kaduna and Sokoto State, the State Commissioner of Police, Usman Nagogo said the idea for community policing is a citizen-driven method of indigenes to take charge of security in their domains.

Usman stated that after their two months training as Special Constables they will be sent to their communities to serve as Community Policing Officers (CPOs) to deal with and resolve low-level security issues without necessarily resorting to police stations.

“With the community policing, the Nigeria Police would be able to concentrate on the management of violent and other highly organised crimes with a view to actively tackle them effectively,” he said.

In a farewell remark to the recruited youths leaving for training, the state commissioner of Information, Alhaji Suleiman Tinau Anka said all arrangement has been done for the successful training of the first batch of 3850 youths in the state.

“The first batch of 3,850 youths recruited to serve as special constables are leaving today for Police Training Colleges in Kaduna and Sokoto States”.

He said Governor Bello Mohammed Matawalle took the decision to recruit the 7500 youths from the 14 local government areas as part of deliberate plans to curb the security challenges and reduce the unemployment rate in the state.

The state government will be responsible for their upkeep and other necessities during their two months stay in the police training colleges. Anka added.

It will be recalled that the Inspector General of Police (IGP), Mohammed Adamu, had in March this year said that the recent upsurge in crimes across states of the federation and Abuja has prompted the urgent need to implement community policing. 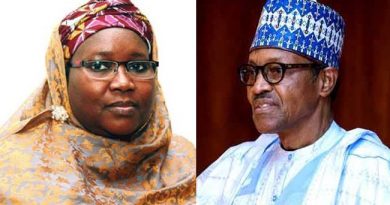