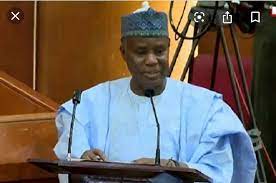 The Minister of Defence, Gen. Salihi Magashi (rtd) on Monday lamented that food insecurity has become a “new dimension of threat” to the nation’s stability.

Magashi also expressed concern over the rise in secession agitations in the Southeast and Southwest, insurgency in the Northeast, banditry and armed herders/militia in the Northwest and Northcentral as well as militancy and oil bunkering in the Southsouth.

He however, assured that the Federal Government was determined to stem the threats as it has already recruited 17,000 personnel for the Armed Forces and is about to hire 10,000 policemen and officers annually over the next six years.

The minister added that “the government is also exploring dialogue and mediation techniques in tackling other emerging threats such as the agitations by some ethnic nationalities and groups.”

His words: “Food security has been adversely affected with the attendant rise in the prices of foodstuff across the country which portends a new dimension of threat.”

“A look at the security challenges in Nigeria today reveals new dimensions with increasing agitations for secession. In the Northeast, attacks by Boko Haram Terrorists and the Islamic State in West Africa Province (ISWAP) continue to pose serious security threats in Nigeria.”

“In the Northwest and North-central, the activities of armed bandits, armed herders/militia attacks, and kidnappers are prevalent.

The littoral states in the South-south are plagued with illegal oil bunkering, piracy, and militancy while the Southeast is challenged with secessionist activities of the Indigenous People of Biafra (IPOB).

“The Southwest is equally faced with secessionist inclination driven by ethnic agitators as well as occasional tension between herders and farmers.

“Distinguishing the threats Nigeria is currently facing and understanding their socio-geographic context is pivotal for adapting appropriate and lasting counter-measures.

“Regrettably, the prevalence of these threats has continued to endanger not only national security and economic growth but food security as well.”

The minister, therefore, challenged security agencies to “explore all avenues within their respective systems to come up with innovative ways of identifying and confronting the challenges facing us as a nation.”

He also enjoined the security agencies “to continue to collaborate to tackle these threats in order to create an enabling atmosphere for economic activities to thrive and to attract Foreign Direct Investment.”

Magashi expressed joy that the government’s war against insurgency was yielding results in “the Northeast where14,000 terrorists had surrendered.”

The minister added that the launch of the Integrated National Security and Waterways Protection Infrastructure, otherwise known as the Deep Blue Project, are also “visible efforts in confronting the myriad of security challenges that we have.”

He said: “The recent achievements of the military and security agencies by taking the fight from all angles to the doorsteps of the adversaries is reassuring. Already, in the Northeast alone, over 14,000 Boko Haram terrorists have surrendered to support the country’s surge approach to fighting banditry, the Nigerian Armed Forces have recruited over 17,000 personnel.

“Furthermore, Mr. President (Muhammadu Buhari) has also approved the recruitment of 10,000 police officers annually by the Nigeria Police Force over the next six years.   All these efforts underscore the government’s political will to confront Nigeria’s numerous challenges.

“The government is also exploring dialogue and mediation techniques in tackling other emerging threats such as the agitations by some ethnic nationalities and groups. This is also in tandem with the policy of this administration to entrench all-inclusiveness and good governance as part of democratic ideals.”

Magashi described the conference as a vital mechanism through which the Defence Intelligence Agency evaluates, formulates, and reviews strategic policies.

He stressed that the defence diplomats have   “crucial roles to play in this regard by forging understanding and cooperation with the security and defence architectures in their respective countries of accreditation.”

Monguno, represented by Maj. Gen.  Abubakar Ndalolo, said, “That Nigeria has been adopting both kinetic and non-kinetic approaches in dealing with these security challenges.”